There has been a 46.8 per cent decrease in gross budgetary support for renewable energy ministry, they say 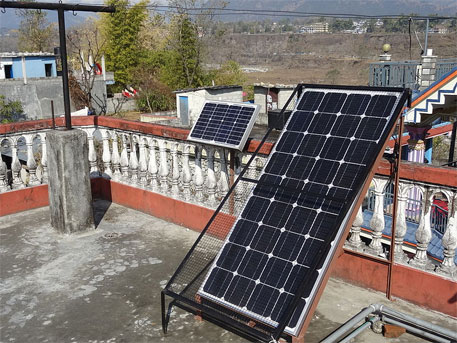 Renewable energy sector experts have given a thumbs down to Finance Minister Arun Jaitley’s budgetary allocation to the sector.

Experts told Down To Earth that Union Budget 2015-16 had failed to make the burgeoning investment requirement for transmission infrastructure a priority. This, they said, would make it difficult for the government to meet its target of manufacturing 175 GW of renewable energy by 2020, which it announced on Saturday.

“There is no revision in outlays for the central transmission utility (PGCIL) or for government schemes such as Green Energy Corridors, which is the same as the previous year’s budget,” says Jyotsna Goel, senior research officer, Centre for Budget and Governance Accountability (CBGA).

She further said that there was a decrease of 7 per cent in gross budgetary support for the Ministry of New and Renewable Energy (MNRE) from Rs 3,941 crore in Union Budget 2014-15 to Rs 3,660 crore in Union Budget 2015-16. This, she said, indicated that the Central government’s fiscal space for spending on this sector was constrained due to the recent increase of 10 per cent in the states’ share in Central taxes.

The finance minister announced MNRE had revised its target of renewable energy capacity to 175,000 MW till 2022, comprising 100,000 MW solar, 60,000 MW wind, 10,000 MW biomass and 5,000 MW small hydro. Although the new targets planned are a steep increase from the earlier-set targets, it would be essential for them to be achieved without any government subsidy.

The government also plans to provide all facilities including 24x7 power to all by 2020. This electrification includes off-grid solar power generation as well. This is a continuation of the earlier targets envisaged in the erstwhile Rajiv Gandhi Gramin Vikas Yojana (RGGVY) which is now subsumed under the newly-launched scheme Deendayal Upadhyaya Gram Jyoti Yojana (DDUGJY).

“Broadly, it is better than the last couple of years. Due to structuring of inverted duty, assembly of solar equipments will take place in India,” says Jasmeet Khurana, senior manager with non-profit Bridge to India.

As part of the Union Budget, Jaitley announced a scheme for training 50,000 Surya Mitras with an outlay of Rs 10 crore, a step welcomed by all experts. This scheme needs to be progressed continuously with incremental annual target in the future, they say.

The other announcement of increasing competitiveness in manufacturing solar PV by reduction in customs duty is also a welcome step.

The net budget allocation has decreased as compared to the previous year. 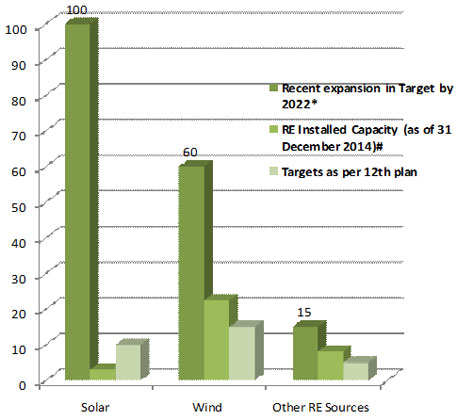