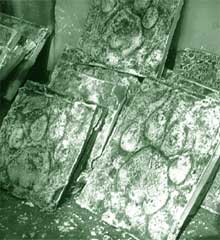 the Tiger Census of 2001 has revealed that the majestic tigers found in Gujarat from Valsad to Banaskantha are now extinct. After the pug marks of the tiger recorded in 1997 census, the forest department authorities have not sighted any tiger for the last four years. Habitat crunch in Gujarat has trigerred the decline of tiger population. The 2001 census showed that the tigers have not even strayed into Gujarat from Madhya Pradesh or Rajasthan forests in the last four years.

In 1992-93, the census had recorded pug marks of five tigers and in the 1997 census pug mark of only one tiger was recorded. "Three out of eight sub species of tigers are extinct. Now the only place to see a tiger in Gujarat is zoo or museum," said a forest official.