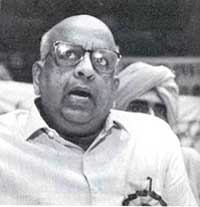 WHEN chief election commissioner T N Seshan announced that identity cards would be compulsory for all elections held on or after January 1, 1995, he opened up one of the largest markets in the world. With 450 million potential cards for an equal number of voters, growing by the year, the prospect has drawn major players like the Hyderabad-based Electronics Corporation of India Ltd (ECIL), the Ootacamund-based Hindustan Photo Films Ltd (HPF), the Bangalore-based Bharat Electronics Ltd (BEL) and the Pune-based Centre for the Development of Advanced Computing (CDAC).

The Election Commission has prescribed that the identity cards should be 9 cm long and 7 cm wide, with a 3 cm long and 2.5 cm wide photograph. The card will carry the official logo of the state and will feature personal data in 2 languages. It will also carry the state code, the constituency and the polling booth as well as the voter's code.

There are 3 technologies that can be used. HPF is using conventional technology, while Photophone Industries India Ltd is using polaroid technology. ECIL, however, is using the Elector Identity Card Preparation System (ELIPS 500), a digitised technology.

R C Bagga of HPF says that photographic images are recorded on Indu video film. These are frozen and transplanted onto an automatic dispenser. The bromide prints obtained have a greater life expectancy than digitised prints. "If longevity is the question, our black and white prints are the answer," Bagga brags. Alternately, polaroid technology uses an instant 4-lens camera that can either give identical pictures in the simultaneous mode or different photographs in the sequential mode.

According to Renee Jhala of BEL, which is using digitised technology, "Bharat Electronics has an integrated system in which the various steps involved are all invoked in one simple application." Another firm using digitised technology is CDAC. Its Graphics and Intelligence-based Script Technology coordinator, Mohan Tambe, comments, "CDAC's technology is based on advanced patent-pending automatic techniques that provide high throughput while guaranteeing quality."
For the digitised cards, a close-circuit TV camera is used. A digitising board and an image-grabber card converts the images into digital signals. These are recorded onto a magnetic medium such as a videotape, which is run on a player connected to a personal computer. Specialised add-on cards convert the signals into an image that is viewed on the monitor, where it is integrated with the database of the individual. The complete card is printed on plain white paper through a high resolution laser printer. This makes it impossible to remove the photograph.

Security is enhanced by lamination. The laminating material has to be at least 75 microns thick (1 micron is 1/1,000th of a millimetre). The plastic is coated on the inside with ethylene co-polymer, which is heat sensitive. The molten plastic blends into the fibre of the paper and becomes one integrated whole. R K Marhatha of ECIL says, "The basic difference between conventional or polaroid technology and digitised technology is that in the latter the photograph is an integral part of the paper."

ECIL's K P Ananthakrishnan adds the process will cost less than Rs 20 per card. The estimated cost of the BEL card is between Rs 10 and Rs 14. And although critics of the conventional system say it is expensive and time-consuming, Bagga counters that their cards will not cost more than Rs 18.

One criticism against digitised technology is that state-of-the-art technology has not been properly accessed. G B Singh, president of the Alarm and Security Industry Association, says that one principal failing has been the non-utilisation of currency note paper. These, he says, have several additional security features, which include buried particles which can be seen under ultra-violet rays, watermarks, metallic lines and raised printing.

Despite this, Singh feels digital cards are the most secure. "They are the solution to the problem of mass production."a