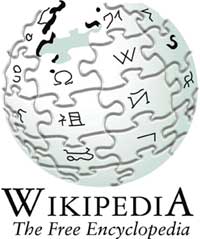 Wikipedia USA
Wikipedia, an open source for information, has recently come under fire for a prank played on former USA Today editor John Seigenthaler Sr, exposing the possibility of inaccuracies in the information on the website.

The joke linked Seigenthaler with the assassination of John F Kennedy in a Wikipedia article. The website allows readers to write and edit articles and critics have used the prank to raise questions about Wikipedia's credibility. However, supporters of the online encyclopedia, which is defendedfor its volunteer model and elaborate system of cross-referencing, have dismissed possible slander because the victim can edit the article immediately online. However, after the incident, Jimmy Wales, the founder of the site, has asked researchers not to quote information from the site and recently the New York Times has banned its reporters from using Wikipedia as a resource.
The site is akin to the Linux operating system as an open source, which is also volunteer-based but has strict controls and is monitored by editors who decide what reaches the public whereas Wikipedia allows anonymous users to write and edit freely. However, according to a study by the journal, Nature, Wikipedia's scientific entries are not that far off from Encyclopedia Britannica when it comes to accuracy. Wikipedia had four errors or omissions, while Britannica had three. When added to misleading statements, Wikipedia had 162 and Britannica had 123.

To strengthen security, Wikipedia has now semi-protected its entries by preventing a certain per cent of newest registered users and all unregistered users from directly editing a page.

This will be applicable only if a page is subject to serious vandalism or if a page suddenly comes into spotlight because of current events.