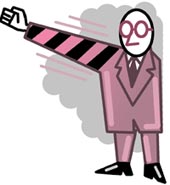 progressiveness, flexibility, neutrality and proportionality. These are the key words in a recent proposal floated by g-20, the developing country grouping in the World Trade Organization (wto), to enable wto members to fulfil their three-year-old commitment of reducing import duties on agricultural products. Since negotiators of wto members in Geneva, Switzerland, have not yet made any headway towards achieving the goal, the g-20 has proposed the four principles on which any formula for tariff reduction would have to be based.

Two formulae for cutting such duties have been rejected earlier. The g-20's idea now is that if these principles are discussed and agreed upon, arriving at a formula acceptable to all would be much easier. Besides, fixing the principles would eliminate the possibility of any party camouflaging its interests through escape-hatches in the formula. The g-20, led by Brazil, comprises Argentina, China, India and South Africa, among others.

Attempts to negotiate a modus operandi suffered a setback in April 2004, when the proposal jointly presented by the eu and the us in August 2003 was opposed. Referred to as the blended formula, it combined different approaches to arrive at a compromise. Prior to this, another attempt at a negotiated settlement, proposed in February 2003, had also been shot down.

Since the g-20 was among those who opposed the blended formula, the eu and the us had requested it to propose an alternative. The request was made at an informal meeting of trade ministers on the sidelines of the Organisation for Economic Cooperation and Development summit, held in Paris from May 13-14. On May 28, the g-20 proposed the framework that outlined certain concepts and principles within which the modalities for further negotiations, including a formula, could be developed. A day prior to this, Brazil's ambassador to the wto, Felipe de Seixas de Correa, said: "Rather than inventing formulas, we need to come up with common principles."
Under the blended approach, there would have been three categories of tariff lines (products): a certain percentage that would be subject to a minimum and an average cut per line (also called the Uruguay Round formula); a percentage subject to the Swiss formula, which aims to progressively reduce higher tariffs by a higher amount; and a percentage that would be tariff-free.

But the complicated formula gave rise to a whole gamut of possibilities. For example, the average reduction to be made by India could range from 37.2 per cent to 66 per cent, with varying parameters under each category (see table: All mixed up). Moreover, it was difficult to assess whether the intended objectives would actually be achieved. For instance, the target of significant reductions in maximum tariffs and progressively increasing tariffs for more processed products would not be achieved if many products with very high tariffs were put in the first category. Also, developing countries with higher average tariffs would end up making higher cuts than those effected by developed countries.

The four principles in g-20's proposal seek to remove such anomalies. "Progressivity" would require higher cuts on higher tariffs, while the need for "flexibility" would allow both developed and developing countries to address their concerns. "Neutrality" would ensure that the formula doesn't discriminate against any country's tariff structure. Then there is the stress on "proportionality" based on the principle of less-than-full reciprocity, which would imply that developed nations would have to do much more than developing ones to ensure a fair and equitable outcome. The proposal goes on to outline the special and differential treatment to be accorded to developing and least developed countries.