Despite considerable resistance from developing countries, the powerful pro-forest convention lobby will get its own way in setting up a world forest commission. 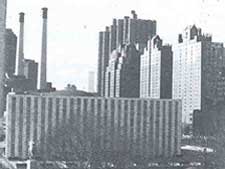 WHETHER the World Commission on Forests and Sustainable Development -- a kind of mini-Brundtland Commission in the forest sector -- being proposed by former Swedish prime minister Ola Ullsten will come into being depends greatly on the support it receives from UN secretary general Boutros Boutros-Ghali. But the idea will be pushed strongly at the forthcoming meeting in New York of the Commission on Sustainable Development.

Considerable scepticism was expressed about the need for such a commission at a recent meeting of the organising committee in New Delhi. Though the meeting was held in India at the behest of Indian environment and forests minister Kamal Nath, at an informal meeting with participants, Nath himself is reported to have told Ullsten he would not take a position in favour of the commission until the various issues being raised against it were satisfactorily resolved. Informed observers say the Swedish government, too, is divided on the establishment of the commission.

Developing countries are suspicious because most members of Ullsten's hand-picked organising committee belong to the lobby that fought hard in Rio to get a global forest convention (Down To Earth, July 15, 1992). It was agreed in Rio that the new forest principles formulated at the meet would first be implemented and monitored before discussions began on a forest convention.
When an Indian journalist asked Ullsten which countries had pledged their support to the forest commission, he admitted the response from the developing countries had been only "tentatively positive". Germany and the Netherlands were the only developed countries that had been approached so far. Reportedly, the German government has agreed to foot the bill only for the commission's first session. But Ullsten is confident of support from Canada, which was keen on the forest convention in Rio.Though organisers claimed that they had consulted NGOs, reportedly dialogue was limited only to NGOs in Washington.

Another apprehension voiced is whether the independent commission's activities would encroach upon the authority of other legitimate organisations. For instance, the Food and Agriculture Organisation is the operational body on forests and, among other things, collects data on forests. The International Timber Trade Organisation, a UN agency, has the mandate to regulate international timber trade; the Tropical Forest Action Programme looks into aid for forest management.