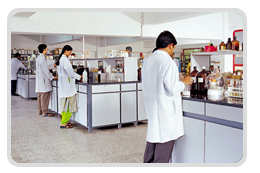 According to rough estimates, the two deals are worth over Rs 1,420 crore.

KKR Floorline, which is controlled by KKR & Co, is an investment holding company with no operations at present while Gland Pharma is engaged in the business of production and marketing of specialised injectable formulations of generic versions of drugs.

This is the significant development in the pharmaceutical sector due to tussle between few ministries on the norms of foreign direct investment (FDI). Union Ministry of Health and Family Welfare (MoHFW) and Ministry of Commerce have been demanding lower cap on FDI in drug making units. These ministries were also demanding various safeguards for acquisition of domestic critical care pharma companies by multinational firms.

However, Union Ministry of Finance has been supporting faster clearance, that too without any change in norms. The ministry has argued that any such step may send wrong signals to investors.

Competition Commission of India (CCI) had given its green signal to the proposed deal between KKR and Gland Pharma in January and said that the deal does not raise anti-competitive concerns.

Feature: Multinationals and monopolies - Pharmaceutical industry in India after TRIPS