Featured in many national and international programmes and media reports, Rukhshar Khatun has now become a symbol of India’s fight and victory over polio.

A resident of Shahpara village in Howrah district of West Bengal, she was only eight months old in 2011 when her parents Abdul Shah and Shobejan Begum observed that her right leg was swollen and the girl was suffering from fever. She was immediately taken to a nearby hospital where she was diagnosed with polio. 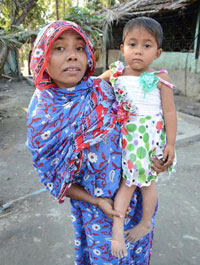 Rukhshar Khatun is the last child to contract the disease in the country. Since then, no case of polio has been reported anywhere in the country. This, by the standards of World Health Organisation (WHO), means that the country is officially polio free. The achievement thought to be near impossible when at once time the country was witnessing 500 to 1,000 children getting paralysed daily on an average. The feat has been celebrated on various occasions by Government of India, World Health Organization and many other agencies.

But, very little has changed for the family of Rukhshar. Her father, who is a weaver and earns a meagre Rs 3,000-4,000 a month, says it is tough for him to feed a family of six— his wife, three daughters and a son.

Shah, however, is determined not to let his daughter only be seen only as a polio patient. “I want her to receive good quality education so that she can be strong enough to face her future,” he says. About four months ago, Rotary Club had invited the family to Delhi and promised them better education for the girl. They also consulted a doctor. The organization, which has so far not done what it promised, says the arrangements are in the process. 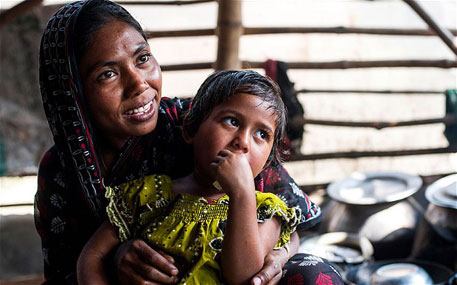 When asked if the family was offered any assistance by the government, the distressed father said that he was given a goat around two years ago. He insists that he only wants assistance in education for his polio-stricken daughter and other children.