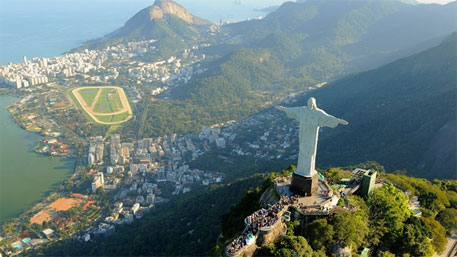 Brazil was not prepared for its embarrassing defeat, but the country was well-equipped to offset the carbon footprint of the 2014 FIFA World Cup. According to FIFA, the football governing body, the event kicked in 2.72 million tonnes of carbon dioxide—80 per cent of which came from jet travel to the 64 matches played in 12 stadiums.

While the Brazilian government raised donations of UN-based carbon credits from the industry, FIFA bought carbon credits to compensate for the greenhouse emissions (GHG) for the event. Donations helped offset 38 per cent of the GHG emissions from the tournament. A total of 545,500 certified emissions reductions (CERs) were donated by Brazilian companies or local branches of multinationals, in exchange for publicity in the tournament’s official documents. Tractebel Energia SA, the largest private electricity producer in Brazil, topped the list of donors with 105,000 CERs, followed by chemical giant Solvay Rhodia with 100,000. The government estimates that the preparation of the infrastructure for the event alone generated 1.4 million tonnes of CO2, mainly related to construction works in and around the stadiums and staff movements.

Meanwhile, FIFA ran its own programme to reduce the Cup’s GHG emissions, under which it bought different types of credit, including non UN-backed CERs. FIFA also funded four low-carbon projects in Brazil with the help of non-profit carbon management programme, BP Target Neutral. “The projects selected by FIFA and BP Target Neutral to offset the carbon emissions from the 2014 FIFA World Cup in Brazil are all highly relevant to Brazil’s reality,” said Suzana Kahn, president of the Scientific Committee of the Brazilian Panel on Climate Change. “They address the need to improve climate awareness and understanding of how climate protection and development can support each other, as well as reducing carbon emissions in a credible way. The projects cover different sectors and regions of the country and a range of activities and therefore make an important contribution to climate mitigation. I hope that the success of this programme incentivizes other sporting associations to follow suit,” said Kahn.

FIFA also launched a campaign calling on fans to participate in a contest, thereby offsetting the carbon emissions resulting from their travel to the event. In total, FIFA compensated 331,000 tonnes of CO2 (251,000 of its own emissions and 80,000 from the fans who participated in the free contest) through the contest and the certified low-carbon development projects. FIFA did not divulge the price paid for the credits.