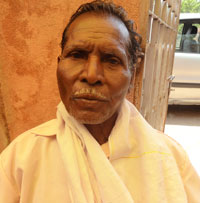 “We have land, but no sense of secure ownership,” says Samna Vijja Uike of village Koindvarshi, located near the Maharashtra-Chhattisgarh border, 80 km from Etapalli in the heavily naxal-affected southern part of Gadchiroli district. “We have been waiting for years for pattas (titles) under the Forest Rights Act (FRA), but we have no idea what happened to our applications,” says Uike.

Koindvarshi is one of the 50-odd villages in Etapalli tehsil where people have decided to boycott the Lok Sabha election to protest against government neglect of their long-standing demands. The most important demand put forward by the villages, united under the Rashtriya Janahitvadi Yuva Samiti (RJYS), Etapalli, is the demand for rights under FRA. Village residents say that because of lack of land rights they are not able to avail benefits under various government schemes for agriculture.

RJYS founder, Suresh Barsagade, says that hardly any real work has been done in the four southern tehsils of Gadchiroli district, namely Etapalli, Aheri, Bhamragadh and Alapalli. Before the 2009 national Elections, some 40,000 individual claims were filed from the four tehsils under pressure from officials who were themselves under pressure to perform. “Out of those claims, less than one-fourth were cleared, while the rest were summarily rejected,” he says. Some 2,500 claims were granted in the Etapalli tehsil out of roughly 10,000 filed.

Around the same time, the district administration on its own, also issued a large number of community claims to villages under provisions of Section 3 (1) of FRA, most of them for public utility spaces or for nistaar needs like grazing and fuel-wood collection. “All these claims are also on paper,” says Barsagade. “People are aware of claims given for community purposes such as temples or burial grounds, but they don’t even know that nistaar claims exist.”

Since then, repeated representations by forest dwellers and citizens’ groups to re-examine the rejected individual claims have fallen on deaf ears. As of now, just 200 of a whopping nearly 30,000 claims have been processed and are due to be forwarded to the district committee, he informs. The department has also not taken any initiative to initiate the process of issuing community forest rights (CFR) claims, despite the fact that more than 800 claims have been issued in the northern tehsils of Gadchiroli district. Twenty CFR claims submitted by villages with help from RJYS way back in 2011 have not even been processed, he says.

“Since we have no land ownership documents, we can’t avail of agricultural loans or any government schemes to improve our income from farming,” says Uike. 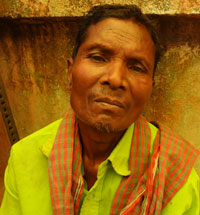 The second major demand put forward by villagers besides rights under FRA is that the four southern tehsils of the Gadchiroli district be given the status of a separate Aheri district. Distances from the district town of Gadchiroli are too great for convenience, they argue.

“From my village, I have to either walk or cycle 15 km to get to the nearest bus station, another 80 km by bus to Etapalli, and then again another 150 km by bus to Gadchiroli,” says Vijja Sukru Uike of village Naitalla, “One visit to Gadchiroli is a three-day affair, and at least three to four trips are needed to get a caste certificate.”

Since most of the residents of these four tehsils belong to the educationally backward and highly vulnerable Madia tribe who rarely travel out of their own area, the process becomes too difficult to handle. “In my village,” says Rainu Juru Noroti of Besewada, 50 km from Etapalli, “there are just three or four people who have visited Aheri in their lives.” 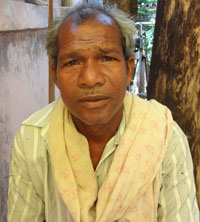 Barsagade says that due to the remoteness, government orders take at least a month to travel from Gadchiroli to the concerned village. “The demand for a separate Aheri district has been a long-standing demand of the Madia population, but administration has ignored it altogether till date.”

Most of the 50 villages that have passed a boycott resolution are lacking in the most basic facilities. Electricity is non-existent, in summer water is a major source of tension, and because of lack of irrigation facilities, people depend on a single paddy crop for sustenance, reveal villagers.

“My village has no roads and the terrain is very hard,” says Ulge Muka Dorpeti of village Tadguda. “If there is a patient, we have to carry him in a stretcher for 10 km to the nearest primary health centre. Serious patients hardly ever make it to Gadchiroli alive.” 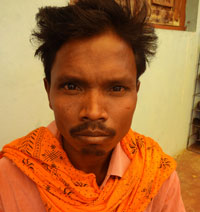 Education remains a distant dream because of distances and inaccessibility. District officials never bother to monitor if the schools are functioning. “In my village the school master runs the school according to his own whim,” says Noroti. “Only a few people like me can speak a little Hindi or Marathi, and there is no one who can read a Marathi communication from government. We have to take letters 10 km to be deciphered.”

Boycott to be lifted only on written assurance

The boycott decision at last stirred the district administration, and a few days ago, district collector Ranjeet Kumar visited Etapalli tehsil to listen to the grievances of people. “The collector assured us that demands that can be handled at the district level will be addressed and the rest will be forwarded to government for action,” says Barsagade. Village residents, however, have refused to retract their boycott decision unless a written assurance is given. “We want a written document from the collector, saying the process of issuing land pattas will be initiated immediately after elections,” says Dorpeti.

Sources at the district collectorate say that a communication to this effect will be dispatched shortly.

Report: Study of changes in vegetative cover and land use in forest land with claims and forest rights finally recognized under the Forest Rights Act 2006