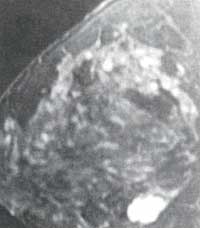 TOUTED to be the best if not the only option for cures against major diseases, biotechnology had seemed to falter midway. Now, however, it is poised for a major breakthrough in treating cancer. A monoclonal antibody - a product of medical innovation - will soon have a go at treating breast cancer. Though the antibody was developed in 1975, it took nearly two decades to create a combination along with chemotherapy drugs to arrive at a possible drug which could stop cancer in its malignant tracks.

Researchers at the University of California, Los Angeles (UCLA), are now in the process of testing the antibody, which reportedly kills those cancer cells which try to repair damage caused by chemotherapy. Preliminary testing has produced a few positive results and now, largescale international testing is on the cards involving nearly 600 women with advanced stage of breast cancer. Says Dennis Slamon of UCLA of the patients who under-went the initial testing, "These were patients who had failed everything we had to offer, including bone marrow transplantations."