The discovery offers insight into some basic questions: Why do we exist? How did the universe begin? 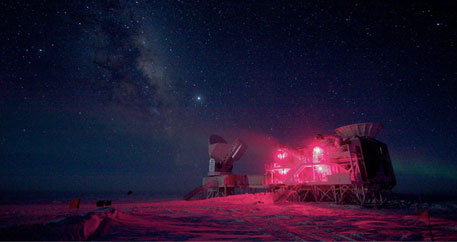 Scientists across the world are still not able to believe what the Harvard-Smithsonian Center for Astrophysics (CfA) announced on Monday.

Astronomers revealed that they have found the first “direct evidence” of gravitational waves that rippled through the universe during an explosive period of growth called inflation, which immediately followed the Big Bang about 13.8 billion years ago. During this period, the universe expanded 100 trillion trillion times in less than the blink of an eye.

The theory of cosmic inflation had received a great deal of experimental support in the past, but the failure to find the gravitational waves that it had predicted caused many cosmologists to hold off their endorsement. The new revelation, made by researchers from BICEP2 (Background Imaging of Cosmic Extragalactic Polarization), is being seen as monumental in understanding how the universe was created. BICEP2 is the second stage of a coordinated programme and is funded by the National Science Foundation (NSF). It is also the name of the telescope that was critical to the discovery.

“Their data also represent the first images of gravitational waves, or ripples in space-time. These waves have been described as the ‘first tremors of the Big Bang’,” the Havard press release states.

The researchers examined spatial scales on the sky spanning one to five degrees (two to 10 times the width of the full Moon). To do this, they traveled to the South Pole to take advantage of its cold, dry and stable air. “South Pole is the closest one can get to space and still be on the ground,” says John Kovac of Harvard.

They were surprised to detect a B-mode polarisation signal considerably stronger than many cosmologists expected. The team analysed their data for more than three years in an effort to rule out any error. They also considered whether dust in our galaxy could produce the observed pattern, but data suggests this is highly unlikely. “This has been like looking for a needle in a haystack, but instead we found a crowbar,” says Clem Pryke, University of Minnesota, co-leader of the study.

When asked the implications of discovery, Harvard theorist Avi Loeb said, “This work offers new insight into some of our most basic questions: Why do we exist? How did the universe begin?”

Predicted by Albert Einstein nearly a century ago, the discovery would be a landmark in understanding how the universe began and evolved into the cornucopia of galaxies and stars, nebulae and vast stretches of nearly empty space that constitute the known universe.

Reports suggest that the waves are evidence of two theories which astronomers have sought for decades. One is Einstein’s general theory of relativity published in 1915, which launched the modern era of research into the origins and evolution of the cosmos. The other theory that predicted gravitational waves is called cosmic inflation.

Jamie Bock, physics professor at the California Institute of Technology and co-leader of the study, adds, “The implications for this detection stagger the mind. We are measuring a signal that comes from the dawn of time.”