Existence of these sub-atomic particles has been long suspected, but yet to be conclusively proven

Indirect evidence hinting at the existence of baryon, a subatomic particle long suspected to exist but yet to be spotted, has been found. The evidence came in experiments conducted inside the Relativistic Heavy Ion Collider (RHIC), an atom smasher at Brookhaven National Laboratory in New York. 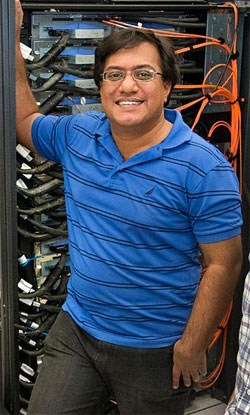 At RHIC, scientists created a plasma “soup” of subatomic particles to replicate conditions after the Big Bang. This soup contained quarks (subatomic particles that make up protons and neutrons) and gluons (particles that bind quarks together). During experiments it was found that the plasma was freezing at a temperature lower than expected. This made the researchers hypothesise that the freezing is taking place due to the presence of baryons.

"Baryons, which are hadrons made of three quarks, make up almost all the matter we see in the universe today," said Brookhaven theoretical physicist Swagato Mukherjee, according to a news release by the institute. Mukherjee is a co-author on a paper describing the results in Physical Review Letters. The paper was published on August 11.

"It's similar to the way table salt lowers the freezing point of liquid water," said Mukherjee. "These 'invisible' hadrons are like salt molecules floating around in the hot gas of hadrons, making other particles freeze out at a lower temperature than they would if the 'salt' wasn't there."