Fisher people pushed to the edge

Development along coasts has left little space for fishing communities to carry out their activities. Their catch is also diminishing because of industrial fishing 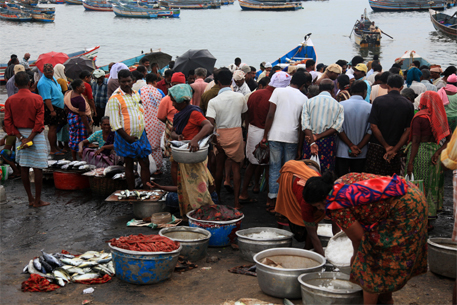 Ports, industries and sand mining is eating into the Indian coastline. More than half the 6,000-km-long mainland Indian coast has been taken over by these activities. Close to 30 per cent of the shoreline is getting eroded today as against 22 per cent in 2004 due to sand mining and indiscriminate construction. All this has left little space for fishing communities to carry out their activities, reveals a report of the National Coastal Protection Campaign, a collective of environmental organisations and fishworkers' associations. The fishers are also threatened by industrial fishing, which corners the majority of the fish catch share. A factsheet: