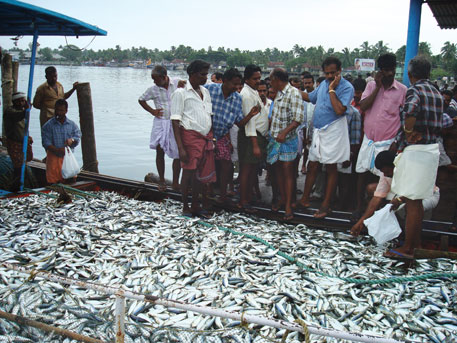 IT MAKES sense to fish when their numbers are high. Fishing targets are based on abundance of fish stocks and are the mainstay of most management plans in the US and a growing number of other countries. It is thought that if a stock reaches a certain abundance the potential harvest would be maximised.

“We can think of fisheries like natural savings accounts, where we’re trying to harvest the interest—what fisheries scientists call the ‘surplus production’—without causing a long-term decline in the principal or abundance of mature adult fish. Scientists have generally operated under the assumption that the ‘interest’ is determined by the abundance of mature adults,” says the study co-author Olaf Jensen of Rutgers University. “Our research shows that this is rarely the case. Instead of operating like a simple savings accounts, fisheries are more like volatile stocks where the rate of return is determined by a variety of complex factors outside the control of managers,” Jensen said.

In many cases natural causes are the reason stocks are in low abundance, rather than overfishing, although fishing will cause even lower abundance in such cases. “Improved methods for early detection of such shifts may permit fishery managers to reduce harvest in time to avoid collapse,” write the authors in the study published online on January 14 in Proceedings of the National Academy of Sciences.

United States Of … Fisheries Down to earth Science & Technology
SUPPORT US