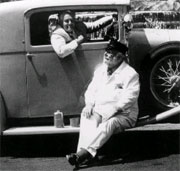 with over 100 million people worldwide, who are officially certified by doctors as obese (body mass index of over 30), management of body weight is as much a nightmare for physicians as it is a challenge for medical scientists. The phenomenal ability of the human body to store fat, an undeniable asset for our hunter-gatherer ancestors, is proving a serious liability to the present day couch potatoes. As obesity causes many health problems from those of the visible cosmetic nature to cancer, cardiovascular disorders and diabetes, researchers have been striving hard to understand the complex process of weight regulation. It has long fascinated scientists and laypersons alike as to how many moderate eaters rapidly put on weight fast while others remain lean.

Research on 30-odd genes for their possible role in the regulation of body weight is being carried out in right earnest in the past two decades or so.At least one gene has been identified so far to have a direct impact on fat accumulation by our bodies. A joint report just published by one French and two American groups holds yet another gene responsible for obesity. This should take us closer to the understanding of the complex physiolo-gical mechanisms involved in fat metabolism. The new gene discovered could also help people to shed flab in exchange for a slightly higher body temperature, claim the researchers (Nature Genetics, Vol 15).

According to Craig H Warden, of the department of medicine, University of California, Davis, us, who directed the project, this gene appears to make people burn off calories. This may be the reason that only some people can so efficiently maintain their body weight, despite normal dietary habits. It is known that if, for example, our body temperature is raised by just one tenth of a degree Fahrenheit, which is roughly about one twentieth of a Celsius, one can easily burn off an additional five pounds a year.

The next target after the discovery of this gene, is expectedly a drug that can help our bodies burn calories faster. This will effectively prevent the body from storing this additional energy as fat.

The present paper reports a new level of sub-cellular regulation, which determines the rate at which cellular fuel is burnt off to generate heat in mitochondria, the subcellular energy factories. It is known for sometime that a protein called uncoupling protein (ucp1) causes mitochondria to burn cellular fuel to generate heat, instead of using it for other metabolic activities of the body or storage for later use. But scientists think that ucp1 cannot itself be an important regulator as it is found only in brown fat, and adults have almost no brown fat.

Warden and his colleagues have now discovered that there is a second protein, which they have christened as ucp2, that is found in many adult tissues, particularly in skeletal muscle and ordinary body fat. They consider that the new molecule has a significant role to play both in the regulation of body weight and temperature. This was confirmed by looking at the levels of ucp2 in two groups of mice, a control group that is naturally prone to putting on weight and another thin and resistant to obesity. As expected, the gene was less active in the strain of obesity-prone mice.

This area of genetic control of obesity got a boost with identification and sequencing of the first gene for obesity - obese gene (ob) by Jeffrey Friedman and his group of Rockefeller University, us, in 1994. Friedman's group was the first to show that a mutated ob gene results in increased food intake, reduced energy expenditure and elevated insulin, which results in obesity. The ob gene encodes a protein leptin, which is produced only in the fat cells and secreted into the blood.