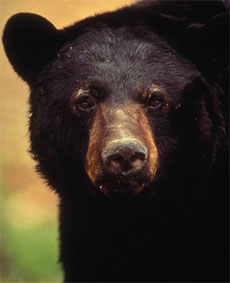 Wildlife authorities in the US state of Florida on Wednesday moved a step closer to ending the state’s 20-year-old ban on hunting black bears.

The Florida Fish and Wildlife Conservation Commission (FWC) advanced a proposal for a one-week hunting season this autumn. It did not take a formal vote, but agreed to begin preparing bear-hunting rules. Commissioners scheduled meetings in April and June to consider the proposal.

The decision was taken in the aftermath of increasing attacks by bears on people and collisions between bears and vehicles, media agencies reported.

The Florida Black Bear, a subspecies of the American Black Bear, was put on the state-designated “threatened species” list in 1974, after being reduced to a population of just 300-500. This had prompted a ban on hunting in 1994.

According to wildlife authorities, the species has made a comeback of sorts since then, with the population now ranging up to 3,000 individuals. The “threatened species” designation was removed in 2012.

Wildlife officials said it was time to reconsider the ban on bear hunts in the state.

“It was time to stop hunting then (in 1994), and I think it's appropriate now to start hunting bears again,” said Thomas Eason, director of habitat and species conservation for the FWC, before a conference room in Jacksonville packed with hunters and conservationists.

In the past year, there have been four black bear attacks on people. Calls to wildlife officials about bears have increased by 400 per cent over the past decade. And bear deaths by vehicles are on the rise: In 1990, 33 were killed, compared with 285 in 2012, according to state data.

Hunters in Florida have welcomed the move.

Douglas Moore, a tree farmer who runs a 2,000 hectare hunting club in North Florida, said bear hunts boosted local economies. “It could be a renewable resource, like my timber,” Moore said.

However, animal rights activists are seeing red on the issue. “Is this about public safety, or getting more trophies for hunters?” Anthony Rogers-Wright of Environmental Action asked at the meeting.

"Hunters won't be in the neighborhoods. They'll be killing bears deep in the woods that are not a problem," said Kate MacFall, the humane society's Florida director.