Focus must be on children ‘left behind’, says UN study

According to a UNICEF report, despite achievements, millions of children live in poverty and die before the age of five, miss schooling and suffer from chronic malnutrition 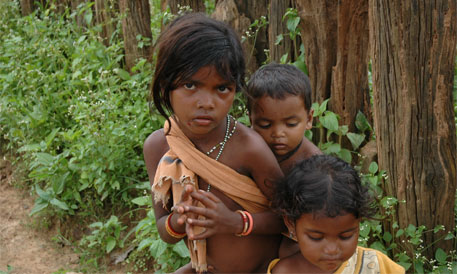 The 11th edition of Progress for Children: Beyond Averages, a UNICEF (United Nations International Children’s Emergency Fund) report card on child-related Millenium Development Goal (MDG), warns that the focus must be on disadvantaged children, who continue to face unequal opportunities across the world.

“As the global community comes together around the sustainable development goals [SDGs], we should set our sights first on reaching the children left behind as we pursued the MDGs,” UNICEF Executive Director Anthony Lake says in the foreword to the report.

According to the UNICEF report, despite some achievements, millions of children live in poverty and die before the age of five, miss schooling and suffer from chronic malnutrition.

Not a rosy picture

“The MDGs helped the world realise tremendous progress for children—but they also showed us how many children we are leaving behind,” Lake adds in the press release of the report. “The lives and futures of the most disadvantaged children matter—not only for their own sake, but for the sake of their families, their communities and their societies.”

UNICEF says that at the current rate of progress, failure to reach disadvantaged children will have dramatic consequences, resulting in the death of 68 million more children under five from preventable causes by 2030. According to the report, open defecation will also pose serious risks to children’s health.

The report shows that children belonging to low-income countries in sub-Saharan Africa and South Asia are less likely to be breastfed as compared to children from developed nations.

It is not success has not been achieved, but there is still a long way to go. Among other good things, under-five mortality rate has dropped by more than half—from 90 per 1,000 live births to 43 per 1,000 live births. The UNICEF report says that underweight and chronic malnutrition among children under five has decreased by 42 per cent and 41 per cent, respectively.

“The target of universal primary education has not been met in 2015, but the number of out-of-school children has lowered from 106 million to 58 million. South Asia has shown major progress in this category,” the reports points out.

Another good thing is that the gap between the poorest and the wealthiest are narrowing. In many countries, greater gains in child survival and school attendance are being witnessed in poorest households.

Living under the shadow

Poverty-stricken children continue to suffer though statistics show a fall in stunting rate, child mortality and the prevalence of HIV/AIDS since 1990. “The outbreak of Ebola has put 9.8 million children and young people under 20 years at risk,” the report says.

An estimated 230 million children around the world currently live in countries affected by armed conflicts. This prevents their access to nutrition, health, education and safety. Many get displaced or are forced to flee which makes them vulnerable to exploitation, violence and abuse, UNICEF warns.

With the deadline of the MDGs set for this year-end, UN member states are crafting a new set of targets known as SDGs.

“The SDGs present an opportunity to apply the lessons we have learned and reach the children in greatest need—and shame on us if we don’t,” Lake adds. “For greater equity in opportunity for today’s children means less inequality and more global progress tomorrow.”

Progress for children: beyond averages- learning from the MDGs