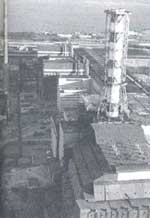 THE RECENT Group of Seven (G-7) summit clearly indicated what the outcome of the Rio conference is likely to be. There was no significant mention of any environmental issues nor was the subject of environmental aid debated at the summit.

The single environmental issue discussed at the G-7 summit -- the state of the nuclear power plants in the Commonwealth of Independent States -- was substantially linked to G-7 design, technology and equipment sales for the proposed revamp of these plants. USA reportedly stated at the meeting that at least some of the contracts for revamping the plants should go to US companies such as Westinghouse.

Russian President Boris Yeltsin has reportedly said that the only reason Europe wants to replace the Chernobyl-type reactor is it wants to "flog western designs instead". The G-7 working group recommended that all Chernobyl-type reactors "should be shut down as soon as possible". Despite this, Ukraine and Lithuania, who respectively have three and two similar reactors, which were shut down after the 1986 disaster, are now considering restarting them because of an acute power crisis. However, Lithuanian President Vytautas Landsbergis had candidly stated at the Rio summit that his country cannot guarantee the security of its nuclear plants.

The G-7 meet agreed to a watered-down version of a proposal for improving nuclear safety in Eastern Europe and the former USSR. Germany and France, who sought US $675 million ( Rs 2,092.5 crore) for the purpose, had to settle for a compromise as they could not get US and Japanese support.

The need to revamp all Soviet-built nuclear power plants to improve safety standards, including the setting up of a joint emergency fund to finance the measures, was also proposed. While Japan and USA agreed to help ensure that the safety standards were observed, they expressed reservations about the fund.

Washington reportedly was most unhappy with the European suggestion that the fund should be administered by the London-based European Bank for Reconstruction and Development (EBRD). USA and Japan expressed a preference for bilateral assistance to countries who have such plants. European Community officials have said that the EC is prepared to contribute US $400 million (Rs 1,240 crore) to the multilateral fund, and suggested that USA put in US $100 million (Rs 310 crore), Canada US $30 million (Rs 93 crore) and Japan US $25 million (Rs 77.5 crore). USA is willing to contribute this sum if the EBRD is kept out of the operation.

The final compromise deemed the establishment of the fund appropriate, but did not specify how it would be administered or financed.

According to a G-7 working group, bringing these nuclear plants up to international standards would cost, at current rates, US $700 million (Rs 2,170 crore) over the next three years. Yeltsin, however, estimated that it would require US $40 billion (Rs 124,000 crore) to rehabilitate unsafe nuclear reactors in Russia alone.

The proposed revamp will involve 57 Soviet-built reactors already in operation and 23 under construction. Of these, 15 are Chernobyl-type reactors. The working group recommended 32 of the 80 reactors can be modernised relatively easily.