Food allergies on the rise

Increase in number of cases reported across the world; prevalence rate in India could be 3 per cent 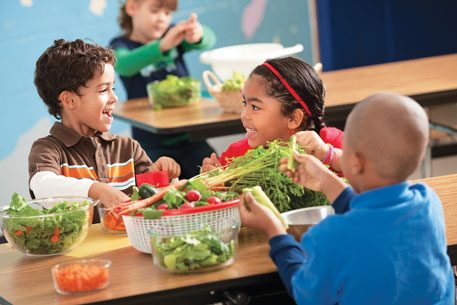 FOOD is necessary for survival, but sometimes a morsel can kill. People with no history of allergies may find this hard to believe, but food allergies can be fatal. They are the fifth largest chronic illness in the US, and experts are reporting a rise in the number of people with food allergies across the world.

A report released in 2013 by Centers for Disease Control and Prevention, a US government agency, says, “Among children aged 0–17 years, the prevalence of food allergies increased from 3.4 per cent in 1997–1999 to 5.1 per cent in 2009–2011.” The report also states that food and respiratory allergies have increased with rising income levels, indicating lifestyle as one of the culprits. Many such linkages have been suggested to explain the rise, but inconclusively. A study by researchers at Johns Hopkins University, US, points towards an individual’s race as one of the factors. It says food allergies have doubled among African-American children in the past two decades. “Our research found a striking food allergy trend that needs to be further evaluated to discover the cause,” says Corinne Keet, assistant professor of paediatrics at the university and lead author of the study published on March 3 in Annals of Allergy, Asthma and Immunology. “Although African Americans generally have higher levels of IgE, the antibody the immune system creates more when one has an allergy, it is only recently that they have reported food allergies more frequently than white children,” explains Keet. She, however, is not sure whether the observed increase is due to better awareness or is related to environmental changes.

The team analysed data from 452,237 children from 1988 to 2011. Among African American children, food allergy increased at the rate of 2.1 per cent per decade. The rate of increase for whites and Hispanics was 1 per cent and 1.2 per cent respectively. “It is important to note this increase was in self-reported allergy,” says Keet. “Many of these children did not receive a proper food allergy diagnosis from an allergist. Other conditions, such as food intolerance, can often be mistaken for an allergy, because not all symptoms associated with foods are caused by food allergy.”

What makes this problem even more difficult to deal with is the dearth of information. In another study, experts from the US, Europe, Japan, Singapore and Australia carried out a global survey and found a general lack of quality data on the prevalence of food allergy even in prominent regions of North America and Western Africa.

Similar trends are apparent in the developing countries of Asia and other regions. “In large and rapidly emerging societies of Asia, such as China, where there are documented increases in food allergy, the prevalence of proven food allergy is now around seven percent in pre-schoolers, comparable to the reported prevalence in European regions,” states the study.

The problem could soon gain momentum in India as well. Alex Gazzola, author of the book Living with Food Allergies, says, “With a population of well over a billion, food allergy could become an enormous problem in India. Some estimates suggest up to 3 per cent of Indians may already have food allergies, the majority of these under 40 years of age.” He adds, “Food allergies cause roughly 30,000 emergency treatments and 100 to 200 deaths per year in the nation. Up to 3 million Indians may have peanut allergy alone.”

Kalpana Janardan, medical consultant at Apollo Hospitals, Bengaluru, agrees that there seems to be a rise in food allergies in India. “The most common reasons seem to be erratic lifestyles, stress, insufficient sleep and pollutants. Moreover, people tend to consume packaged foods without reading warnings on the labels. Also, some packaged foods are not even labelled properly in India.” She adds, “But people also seem to be recognising food allergies more often now than they used to in the past.” Kalpana says nuts, brinjal and preserved food items are some of the common allergens in India.

Consumption of packaged foods is high, especially in the cities, and these products have large quantities of preservatives and additives. Experts say ageing also weakens the immune system and cases of old people developing food allergies are being reported nowadays.

There is no complete cure for food allergies, but immunotherapy that involves regular administration of cumulative concentration of the allergen over a long period has been found to curb allergies in some cases. However, whether outgrowing an allergy is the right thing to do has been questioned.

A research by the Children’s Hospital of Philadelphia, US, presented on March 2 at the annual meeting of the American Academy of Allergy, Asthma & Immunology in San Diego, made a startling revelation. It said if one allergy is cured, the individual may develop another type of allergy, more severe and more persistent, to the same food.

This severe kind of food allergy, known as eosinophilic esophagitis (EoE), is different from the common food allergy induced by IgE antibodies. EoE is characterised by inflammation and swelling of the esophagus, can affect any age group and may cause weight loss, vomiting and difficulty in swallowing.

The researchers carried out a retrospective analysis of 1,375 children who visited the Children’s Hospital of Philadelphia for EoE between 2000 and 2012. Among these, 17 developed EoE to a particular food after outgrowing IgE- mediated food allergy to the same food. “These two types of allergies have some elements in common, but patients with EoE usually don’t go on to develop tolerance to the foods that trigger EoE,” said Jonathan Spergel, senior research author and paediatric allergist at the Children’s Hospital of Philadelphia.