Ã”Ã»Ã¡ Of the little we spend, most is being spent on junk food. People are spending less even on staple foods such as cereals

Ã”Ã»Ã¡ In rural areas, the share of cereals in total monthly per capita consumption expenditure (MPCE) (includes categories such as clothing and education besides food) fell from 26 per cent in 1987- 1988 to just 18 per cent in 2003. In urban areas, it fell from 15 per cent down to 10 per cent over the same period

Ã”Ã»Ã¡ Interestingly, a person living in rural areas spends just Rs 10 on fruits but Rs 25 on beverages, refreshments and processed food. The total money spent each month on the latter category in rural India adds up to Rs 1,854 crore, while Rs 1,770 crore per month is spent by urban people 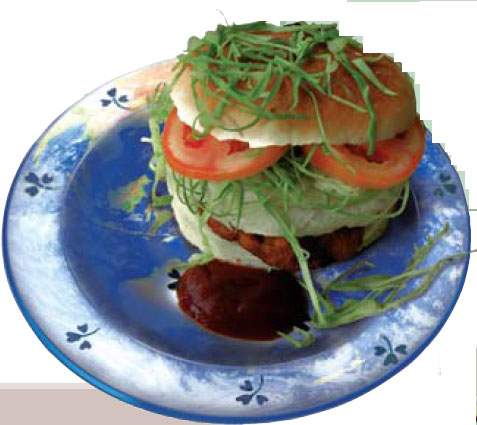 Ã”Ã»Ã¡The average MPCE in urban India is Rs 1,022, out of which Rs 429 is spent on food. A major chunk of the latter — Rs 102 — is used to buy cereals and cereal substitutes. About 14 per cent (Rs 62) is spent on beverages, refreshments and processed food

Ã”Ã»Ã¡ Inter-state variation in MPCE in urban areas is much less than that for rural parts of the country. Except for Bihar (Rs 338) and Uttar Pradesh (Rs 355), this expenditure is limited to the Rs 375 - Rs 500 range for other major states

Ã”Ã»Ã¡ The share of food expenditure (as percentage of MPCE) is between 36 per cent and 50 per cent. People in urban Tamil Nadu spend the most on beverages, refreshments and processed food while the northeastern states spend the least 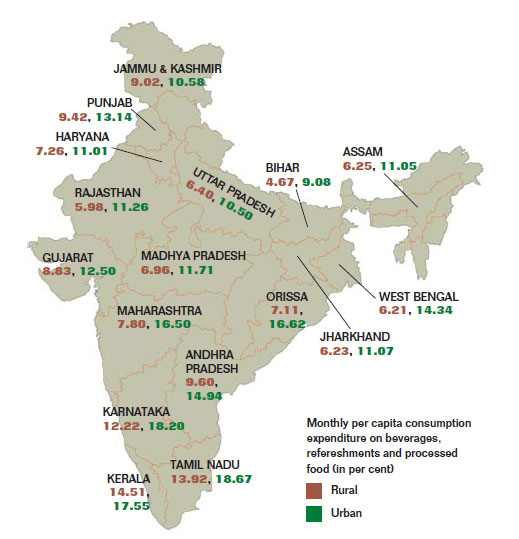 Ã”Ã»Ã¡ People living in states like Assam, West Bengal, Bihar and Jharkhand are spending more than 60 per cent of their money on food

Ã”Ã»Ã¡ Rural Kerala spends the most on beverages, refreshments and processed food while rural Bihar spends the least