Food habits getting worse around the world, warn studies

Researchers implicate the role of junk food industry in the changing food habits, particularly of the young generation 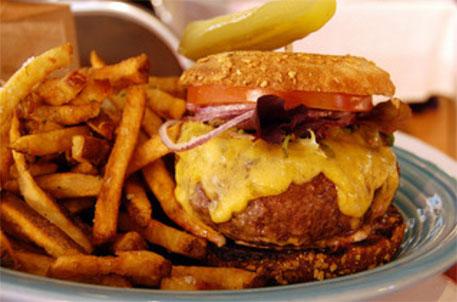 Food habits are getting worse around the world. Though people in some poor and middle-income countries consume healthy food than those in many of the wealthiest regions, major Western snack and soft drink makers are targeting children in ways that will damage their health, according to a series of studies published last week in The Lancet and Lancet Global Health on obesity and changing food habits around the world. The research also showed how much advertising for junk foods had soared and how few countries had moved to protect their children from it.

One of the studies assessed diet quality in 187 countries and found that worldwide, consumption of healthy foods such as fruit and vegetables has improved during the past two decades, but has been outpaced by the increased intake of unhealthy foods including processed meat and sweetened drinks in most world regions.

Improvements in diet quality between 1990 and 2010 have been greatest in high-income nations, with modest reductions in the consumption of unhealthy foods and increased intake of healthy products. However, people living in many of the wealthiest regions, including the US, Canada, Western Europe, Australia and New Zealand, still have among the poorest quality diets in the world, because they have some of the highest consumption of unhealthy food worldwide.

In contrast, healthy dietary pattern was recorded in several low-income countries, such as Chad and Mali, and Mediterranean nations, such as Turkey and Greece, possibly reflecting favourable aspects of the Mediterranean diet.

The countries with the worst diets included Kazakhstan, Mongolia and Argentina.

An alarming pattern is emerging in Brazil, Vietnam, South Africa, India, Mexico and other formerly poor countries as they become richer, one study found. Many children in these countries are stunted in height due to poor nutrition and yet obese. In Egypt, one study found, stunting in toddlers increased after 2003 because home poultry flocks were culled to stop H5N1 avian flu.

At the same time, advertising of soft drinks, snacks and sugary cereals to children increased on television and in apps and online games; spending on Coke and Pepsi advertising alone in Arab countries rose to $400 million in 2012 from US $40 million six years earlier.

Per-capita consumption of Coke tripled in Egypt over the last 20 years, and the number of McDonald’s outlets went from four in 1994 to 56 in 2013. A 2011 survey of Egyptian teenagers found that a third of them were overweight.

"By 2020, projections indicate that non-communicable diseases will account for 75 per cent of all deaths. Improving diet has a crucial role to play in reducing this burden," says Fumiaki Imamura from the Medical Research Council Epidemiology Unit at the University of Cambridge in the UK, who led the research published in the Lancet Global Health journal. "Our findings have implications for governments and international bodies worldwide. The distinct dietary trends based on healthy and unhealthy foods, we highlight, indicate the need to understand different, multiple causes of these trends, such as agricultural, food industry, and health policy. Policy actions in multiple domains are essential to help people achieve optimal diets to control the obesity epidemic and reduce non-communicable diseases in all regions of the world," he warns.