A star among fruits: The profit is sweet for amrakh

The profits from amrakh trees depend on demand. Fruits from 100 odd trees can easily fetch more than Rs 0.5 million each years. Input cost is negligible 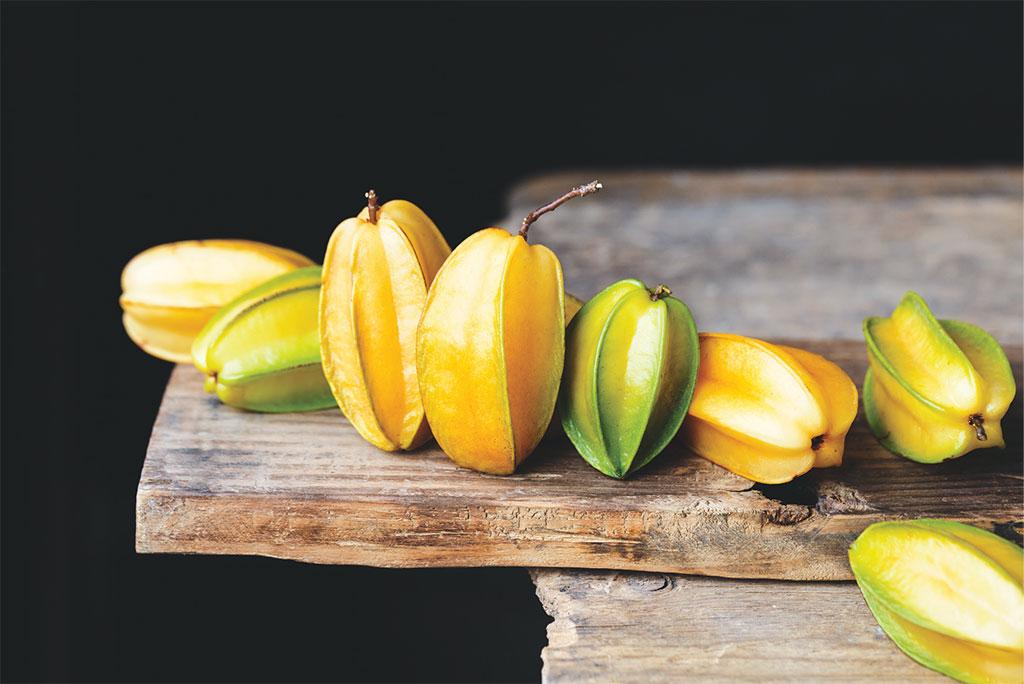 The road from Gajraula on the highway towards Sambhal, a district headquarters in western Uttar Pradesh, is lined with mango orchards and fields full of vegetables. There are nurseries as well, selling potted plants, a sure indication of the ongoing construction work in the area.

Sambhal, less than 200 kilometres from Delhi, is changing, just like any other city within motorable distance of the Capital. But it retains some of the mystery of a small town. Tucked behind its homes are small orchards where trees of amrakh (Carambola, star fruit, kamranga, vilimbipazham) grow amongst rose bushes.

In Alam Sarai, one of the 52 sarais (erstwhile rest houses) in Sambhal, lives of 12 families (all related) are intertwined with these trees. It is a cold January morning when I reached the orchard. Anokhe Srimali and his 15-year-old son Ritik had set up a tall bamboo ladder against their amrakh trees.

With a cloth sling tied around their necks, they went up the tree to harvest the fruit. On the ground, Anokhe’s wife, Ram Beti, carefully graded the fruits on their state of ripeness and stacks them in a cardboard box, separating each layer with old newspapers. The harvest had some fruits fully ripe with hues of yellow and orange while others were green and unripe.

All have a market. The amrakh would be carted off to Delhi’s Azadpur wholesale market the next day. Price would depend on demand: Anokhe hoped to get Rs 50-60 per kilogramme for the big, ripe fruits and at least Rs 20 per kg for the small, green ones. At the local market in Sambhal, the price was generally around Rs 7 per kg. The family harvested the fruits every two weeks during the season, which spanned nearly eight months after the rains.

Anokhe’s trees are part of an orchard with 100-120 amarkh trees leased from multiple landowners. Nobody is clear about who planted the trees and when. Other than amrakh, the orchard also has guava trees — Sambhal is famous for its guavas.

Normally, guava and amrakh harvests yield similar kind of profits. Sometimes, there is a sudden and unexpected windfall; for example, during Chhatt — a festival in which the fruit is used in rituals — in 2018, the price went up to Rs 150 per kg.

Chundan Srimali has 17 trees and pays his landowner Rs 10,000 per year for them. He says that profits are more than sufficient to cover this cost.

Munnan Srimali has planted six hybrid trees on a patch in his 5 bighas (around 0.8 hectares) of land. These trees yield sweet amrakh, which has higher yield and better market value. The trees are shorter and this makes harvesting easier.

He sold around 15 quintals of amrakh in the beginning of the season for Rs 35,000. The families in Alam Sarai do not depend only on these trees for their livelihood.

Chundan also works as a labourer, while Munnan is a gardener in a local college. The sale of amrakh adds to the family income, and the money helps during emergencies, says Chitra Srimali.

On an average, the 12 families of Alam Sarai can earn around Rs 5,00,000 from the trees in their area if they travel to Azadpur to sell the produce.

Generally, a group of men from the families go out together and return only after the all the fruits are sold. Sometimes, this takes as long as a week and the group has to camp at the wholesale market.

The fruit now has a new market online, where it sells from anywhere between Rs 60 and Rs 220 per kg. Amrakh is a hot favourite with chaat vendors who like to add a piece or two of it in the sweet potato chaat that they rustle up for their customers.

Ram Avtar, who sets up his hand-cart in Delhi’s Lajpat Nagar, goes to Azadpur Mandi every two-three days to buy raw material — he gets amrakh at around Rs 30 per kg.

He pointed out the price was extremely variable, depending on demand. He sells a small plate of sweet potato chaat for Rs 20; if a customer asks for amrakh, he adds a few pieces in the plate for free.

The fruit is also popular among school children and sellers can be easily spotted in front of schools. Halwais (makers of sweetmeats) also procure the fruit to make chutneys for wedding parties.

In rural homes, women turn the fruit into a sumptuous pickle that can last for months. Chanchal Srimali says profits can be higher if a market is created for the fruit. For instance, amrakh growers get requests for the fruits from diabetic patients who specifically need the green variety.

Chanchal also feels that juice companies could use the fruit. But value-added products from amrakh are not being made on a commercial scale anywhere.

The families at Alam Sarai were happy with whatever they could earn from the trees, as amrakh is a low-maintenance plant. Parrots cause the maximum damage and have to be constantly shooed off the orchard. Once in a while, when the insect population rises, insecticides need to be sprayed to protect the fruits from damage.

The trees bear fruits for nearly eight months after rains, but if high temperatures follow the rains, the flowers tend to fall off and the yield falls. Chundan said they started getting better prices at Azadpur after the collection of the fruit from Shalimar Bagh, a park in north Delhi, was stopped.

This happened when the park was opened for recreational activities on public demand. The fruits too were made free for the public. However, very few trees of amrakh have survived in Shalimar Bagh as the built-up area increased around the orchard. Water shortage has been the biggest culprit.

With housing being planned around Alam Sarai, the fate of the amrakh trees of Sambhal too could be at stake.

This article was first published in First Food: Business of Taste. Find out more about the book and buy here <https://csestore.cse.org.in/books/pollution-and-health/first-food-business-of-taste.html>.