Fermented bamboo shoots are a delicacy in the Northeast. They can also become a viable livelihood activity 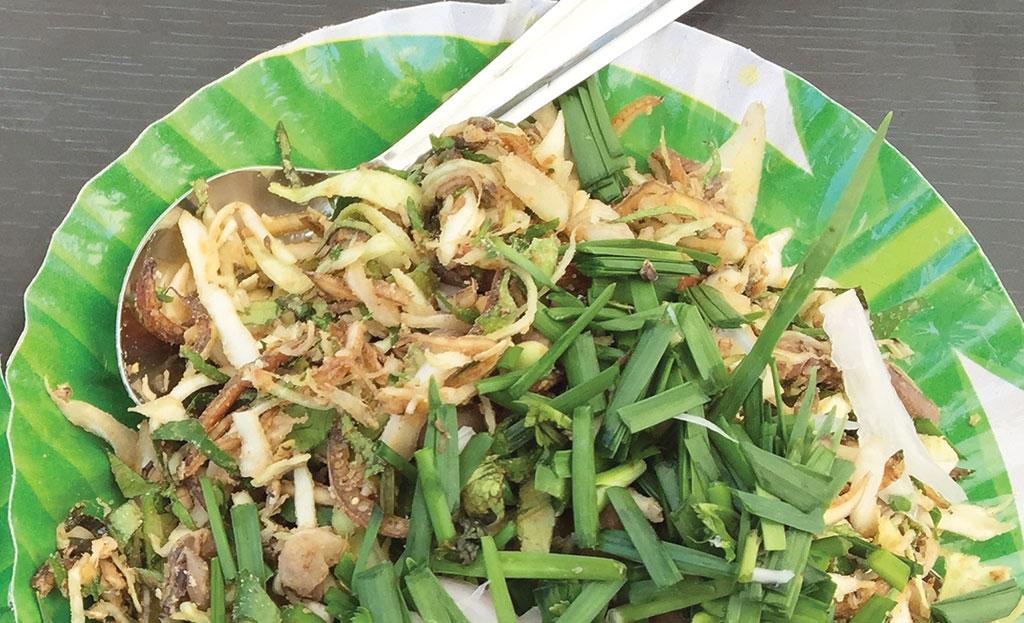 One extensive use of bamboo is the usage of young shoots as food in the Northeast. Young bamboo shoots of almost all species are eaten in various forms and people have developed techniques and methods to preserve and process bamboo shoots for long-term use as well. Forest dwellers collect the shoots and they consume it either raw or ferment it to increase its shelf life.

In Manipur, bamboo is locally known as soibum. It is used to make chutneys locally known as eromba and singzu. Moreh block of Chandel district houses some of the best shops that sell bamboo shoot products. In the past 10 years, demand has been rapidly increasing in towns and cities. It is now one of the main sources of livelihood for local people between August and October, which is the season when the shoots are collected and processed.

Fermented bamboo shoots are a compulsory part of festivals such as Ningol Chakkouba, when married women return to their parent’s house to revive family traditions. The festival is usually celebrated on the second day of the new moon in November. During this festival, the best dishes are prepared for the women by their parents. On this day, gifts are exchanged and elders give their blessing and wishes to their daughters.

A government livelihood and development project, the North Eastern Region Community Resource Management Project (NERCORMP), with an objective to transform the lives of marginalised tribal families, is providing a fillip to promote bamboo shoot production. In 2014, NERCORMP enabled the formation of self-help groups (SHGs) in Manipur. There are about 1,765 SHGs and each SHG has about 20 members. Apart from training and imparting livelihood skills, NERCORMP is also helping SHG members to take up bamboo shoot collection and fermentation. For instance, Naomi SHG and Sahei SHG from H Mongjang village in Chandel district took up bamboo shoot fermentation by taking a loan from their SHGs. Each member collected 160 kg of raw bamboo shoots in this year’s season. The market value is R50 per kg. 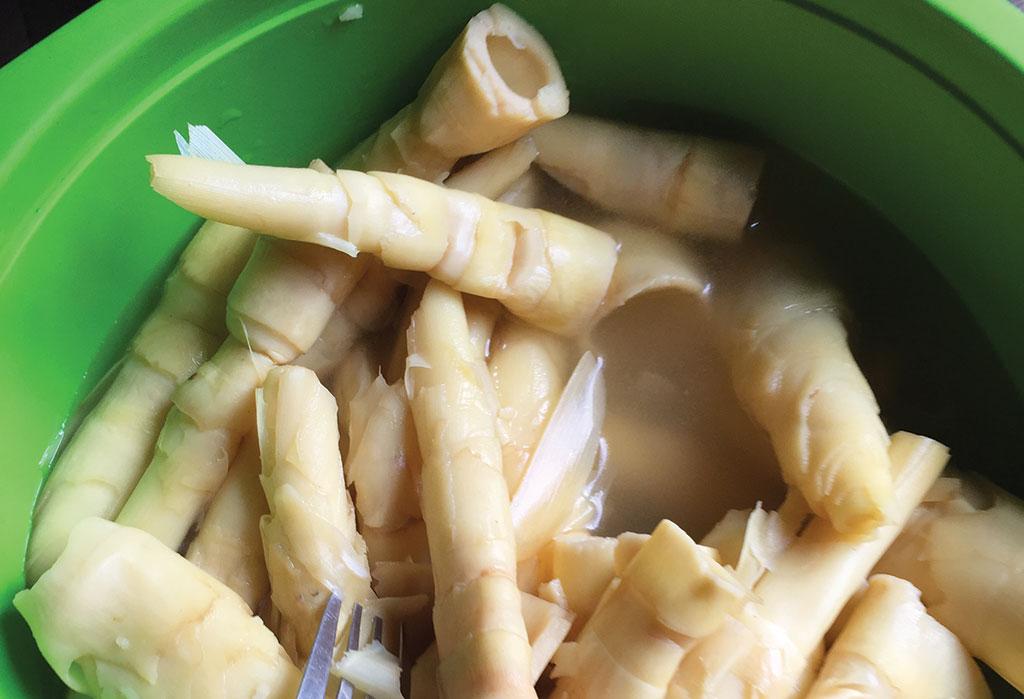 Tender bamboo shoots are collected and washed thoroughly in running water usually by placing them under waterfalls. Later the outer skin is removed and the shoots are sliced thinly. The slices are placed in big bamboo baskets; they are covered with plastic sheets. Heavy stones are placed on the top to apply pressure.

They are then checked regularly for fungus infection, and the infected slices are removed. After two months of natural fermentation, the slices, along with the juice, are placed inside plastic pouches and sealed airtight. Airtight sealing is the only precaution one has to pay attention to avoid fungal growth.

NERCORMP has organised communities into 787 Natural Resource Management Groups (NaRMGS), who act as caretakers of all natural resources in the village. Residents of villages are members and there is an executive body to implement different activities. One of the main responsibilities of NaRMGS is to conserve the forest area and plan developmental activities matching with their consumption needs. Keeping the intricacies of the bamboo shoot fermentation process and its potential market value in mind, NaRMGS has adopted “cultivation, consumption, conservation and commercialisation” as their motto.

The nutritional value of young bamboo shoots cannot be understated. Scientific studies have established their bioactive compounds and they hold great promise for its utilisation as a health food. Shoots help in digestion and can cure cardiovascular diseases and cancer, says a study published in Comprehensive Reviews in Food Science and Food Safety in 2011. Research has also revealed that bamboo shoots have antibacterial and antiviral properties. They also have antioxidant capacity due to the presence of phenolic compounds.

Unlike most agricultural crops, bamboo shoots grow naturally with very little artificial selection. It is fairly resistant to disease, insects and climatic changes. They are free from residual toxicity as they grow without the use of fertilisers and pesticides and are protected from the surrounding pollutants by several layers of tightly clasped sheaths. They are gradually finding a new place in the spectrum of plant foods used to enhance the quality of life.

Sincere efforts need to be made to develop proper processing and packaging techniques for long storage and transport of the fermented bamboo shoots. Improvement of crude traditional methods by employing modern scientific technologies is the need of hour to upgrade the quality and production of bamboo shoots while keeping their unique natural flavour, taste and aroma intact.

(This story was published in the Decmber 16-31, 2018 edition of Down To Earth under the headline 'Shoot to eat')