This is an effort to popularise it so people don’t consider it a non-vegetarian food or are unaware of its nutritional benefits, says the Directorate of Mushroom Research 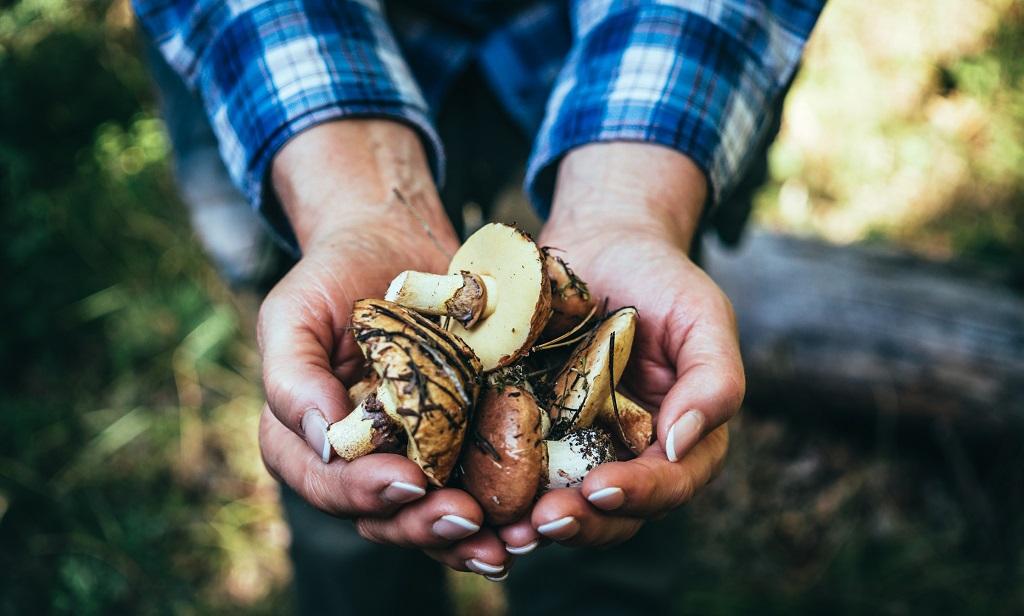 Mushrooms are known to have immense food value, medicinal flowers and are a good source of Vitamin D, proteins, minerals and anti-oxidants. Photo: Getty Images

Mushrooms, which have mainly been part of curries in select Indian households and consumed as either a vegetable or pickle or medicine, will very soon invade India kitchens. Mushroom-fortified cookies, papads, breads, cakes and drinks are set to hit markets across the country, said scientists at an event at the Directorate of Mushroom Research (DMR) at Solan.

The event was held on September 10, 2019 to mark 22 years of the small hill town being declared the ‘Mushroom City of India’.

The DMR claims to have come up with several interventions in the last one year. Pacts on transfer of technology have been signed with four enterprises to take forward mushroom-fortified cookies, cakes, bread, papads and breads into the market.

Soon even mushroom ketchups, nuggets, murabba, candy, jams and chips would be introduced.

All this is an effort to popularise mushrooms as farmers are faced with several challenges regarding its sale. “The myth, pedalled particularly among people from Vaishnava community in Rajasthan and Gujarat, that mushroom is a non-vegetarian food needs to be dispelled,” said Madhu, a social activist from Jaipur who is considering experimenting with mushroom cultivation.

“People need to be told that this is not the case and in fact consumption of mushroom can help overcome several deficiencies like Vitamin D,” she added.

They are known to have immense food value, medicinal flowers and are a good source of Vitamin D, proteins, minerals and anti-oxidants. Mushrooms are known to prevent cardiac problems, provide energy, maintain healthy metabolism, and check diabetes and blood pressure.

Cordycep, a variety that supports vitality of lungs, liver, heart and reproductive organs and improves strength and stamina, fetches the grower a price of more than Rs 1 lakh per kg.

A farmer suggested that including mushroom in the mid-day meal could boost its popularity a lot. “This will have dual benefits: on one hand, the deficiencies of vitamins and minerals among children, particularly among those from poor households, will be easily met and, on the other, more and more farmers will take to its cultivation,” pointed a farmer from Orissa.

This can also play a part in the government’s endeavour to double the income of farmers by 2022, he added.

India’s mushroom story has been one of consistent progress. Although mushroom cultivation began in the country in 1961, it started its journey on the growth trajectory in 1997. “Our production is expected to be 1.82 lakh tonnes this year and it was just 40,000 tonnes in 1997,” DMR Director VP Sharma said.

Mushrooms, found mainly in Kashmir and Himachal Pradesh, reportedly cost up to Rs 45,000 per kg.

There has been a constant increase in the varieties of mushrooms available, with button mushroom and oyster mushrooms being the most popular. A new variety named Shiitake that can be grown on saw dust is also fast catching up.

Some success has also been achieved in cultivation of Morchella or Gucchi, one of the most expensive and delicious mushrooms that are only found in the wild, added Sharma.

But, mushroom production in India will have to be increased on two counts: first to come at par with producers like China, Poland and New Zealand and secondly to meet the all important growing demands within India, said AK Singh, a senior functionary of the Indian Council of Agricultural Research.

“The urbanisation of India will reach 62 per cent by 2050 and the country will face many challenges related to mechanising production,” said Singh.

“There has to be more emphasis on specialty mushrooms. We must also look at how waste from other crops can be used for mushroom farming for a more circular economy,” he added.

Mushrooms are now successfully being grown on compost made of paddy and mustard and wheat chaffs. Cultivation on mustard chaff compost has not only given a higher yield, but also reduced cost by almost a third, said Manjeet Singh, former DMR director.

Farmers from Rajasthan have another dimension to add: lack of awareness among the state bureaucracy on schemes in place to promote mushroom cultivation.

“They themselves are unaware of the initiatives and the result is that there is hardly any propagation. So, we do not come to know about the benefits we can avail. To add to this, is the problem of getting loans,” said a farmer from Ajmer attending the event.

Others issues the farmers raised included non-availability of certification for spawn labs and no awareness about labs that certify Vitamin D and other nutritional content in mushrooms.