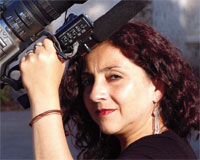 In May 2008, Elena Varela was making a documentary on Chile’s Mapuche community when she was arrested.

She was accused of planning two robberies allegedly committed in 2004 and 2005 by a cell of the insurgent Movement of the Revolutionary Left (MIR). She was cleared of charges in October and her film Newen Mapuche released in theatres in Chile and other countries.

Varela’s film, whose title means strength of the people of the earth in Mapudugun, the Mapuche language, said that though the police seized a lot of material, the film ended up having even greater force. The police seized 300 tapes. Not all were returned and some were returned in poor condition, said Varela, who has not ruled out legal action against the culprits. She believes legal proceedings against her were a government- led move to repress her, although she does not reveal any names.