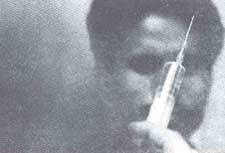 Delegates expressed concern that the Union government may attempt to revise its drug policy at a time when Parliament is in recess to pre-empt any scrutiny of its plans to bring the drug policy closer to the demands of the pharmaceutical sector. Mira Shiva, coordinator of the All-India Drug National Network, warned, "If we do not immediately gather a mass base for a rational drug policy, there is every possibility that essential drugs required by 80 per cent of our population would be put beyond their price reach." The government may also sideline the "primary issue of banning all unnecessary drugs," she added.

Voluntary groups want the government to allow production of only the 250 drugs recommended by the World Health Organisation as essential and ban all other formulations. They point out that of the nearly 60,000 formulations manufactured in the country, about 90 per cent had been "medicinally recognised as trash". Refuting the drug industry's contention that unless price and production controls are relaxed it cannot "generate profits", the activists ask, "How else can the number of pharmaceutical production units have gone up in the last decade from 9,000 to 20,000?"