A disaster the world prefers to forget 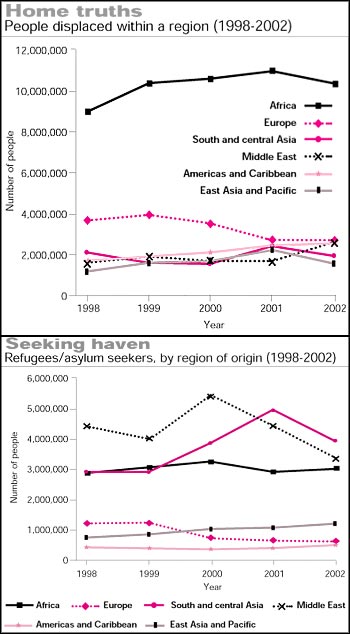 • Humanitarian aid tends to favour high-profile emergencies at the expense of less visible long-term suffering. Forced migration is one such invisible disaster

• Natural disasters/environmental degradation has created 25 million environmental migrants. They are expected to grow because of desertification and extreme climatic conditions

• Post 9/11, movement of migrants is being restricted. In the us, foreign nationals from 25 designated countries (mainly Islamic) are required to register with immigration authorities

• Migrants remit about us $80 billion per year to developing countries, which is more than the us $50-55 billion of official development assistance that flows from rich to poor countries every year

• The International Convention on the Protection of the Rights of All Migrant Workers and Members of Their Families has failed due to non-ratification by significant blocs, and nations (the US, the EU, India)

• Terrorism and trafficking are big threats. Security must not, however, be used as an excuse to prevent forced migrants from reaching safety.