The Annual Progress Report of Africa says the continent is losing 6% of GDP a year, mostly due tto illegal logging and unregulated fishing 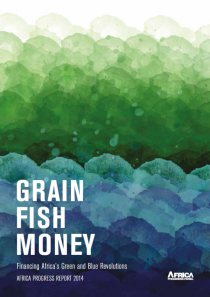 Foreign investors are plundering the natural resources of Africa, according the annual progress report of Africa, released on Thursday. The continent is losing 5.7 per cent of its GDP, worth US $50 billion, every year mainly due to illegal logging and unregulated fishing. The amount is more than the total spending on public health in the continent, says the report by Africa Progressive Panel (APP). The report indicates skewed economic development of Africa in the last two decades and demands International action over plundering of natural resources.

The APP consists of 10 distinguished individuals from private and public sectors who advocate sustainable and equitable development in Africa. Its annual progress report, published in May every year, has influenced policy of different African governments. International community formed this panel in the wake of G-8 summit held in the UK in 2005.

The report titled, Grain-Fish-Money: Financing Africa Green Revolution, states that although the average income of Africans has risen by one-third in the past decade, there are more Africans—about 415 million— living in poverty now than at the end of the 1990s. Almost half of Sub-Saharan Africa’s people live below the US$1.25 threshold for extreme poverty.

New global development goals are likely to aim to eradicate poverty by 2030. But going by the current trends, one in five Africans will still be in poverty when that deadline arrives, the report states.

According to a conservative estimate by APP, West Africa, one of the world’s richest fishing zones, loses US $1.3 billion annually to unregulated fishing. This has affected the country’s fishing communities who have lost critical opportunities to fish, process and trade. The country loses another US $17 billion through illegal logging.  In Senegal, illegal fishing has pushed tens of thousands of fisher-folk to below poverty line. The country has neither the capacity nor political will to monitor these illegal activities.

“The global community must act collectively to unleash a blue revolution for ocean management. To stop the plunder of African fishery resources, all governments should ratify and implement the 2009 Port State Measures Agreement to tackle illegal unreported and unregulated (IUU) fishing, and establish a global register of fishing vessels. African governments should increase fines on IUU vessels, support artisanal fishing, increase transparency, and provide full disclosure of the terms on which commercial fishing permits are issued,” suggests the report.

It demands transparency in logging trade and participation and consent of the community whose livelihood depends on timber. “All commercial logging concession contracts should be subject to full disclosure, along with the beneficial ownership structures of the companies involved. Concessions should be provided with the informed consent of the communities involved, based on a clear and accurate representation of potential costs and benefits,” it states.

The report emphasises that investment in agriculture can be the only a way to reduce poverty levels. It states that the model of South-Asia (where farmers use 100 kg of fertiliser per ha as against 8 kg per ha by African farmers), would not be viable for Africa and it will have to develop its own unique way.

Report: Healthy harvests: the benefits of sustainable agriculture in Africa and Asia

Feature: Poverty, socio-political factors and degradation of the environment in Sub-Saharan Africa: The need for a holistic approach

Report: Linkages between land management, land degradation, and poverty in Sub-Saharan Africa: the case of Uganda