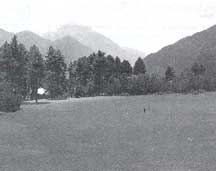 TERRORISM in Kashmir has hit the forests. According to estimates made by the Jammu & Kashmir administration, based on studies conducted by environmentalists, a cohort of militants and smugglers has butchered at least 100,000 trees in the past 3 years. According to state officials, militants have also established saw mills in South Kashmir.

Areas suffering from the axe include Shopian, Yusmarg, Sonamarg, Khag, Aarizal, Khansahib, Chara-e-Sharif, Pukharpur, Baramulla, Uri and Pahalgam. Illegal trade in timber and fuelwood has earned crores for the militants, officials maintain. The timber has also been used to construct 20,000 houses and shops during the past 4 years.

Recently, raids have been undertaken to check the burgeoning timber trade. Officials allege that the security forces are also responsible for part of the denuding, because they have been known to use top-quality timber for fuelwood in areas like Kangan.