According to scientists, Bristlecone pines, which are found in the upper reaches of the White Mountains in California, could be supplanted by the limber pine 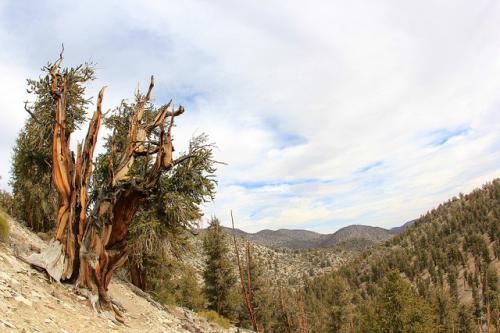 Trees that have graced our planet for centuries can be wiped out as global temperatures rise. Bristlecone pines, including the Methusaleh, have survived in North America’s Great Basin for thousands of years. But these ancient trees can be a thing of the past with climate change favouring the growth of new trees dubbed as “young upstarts”, a study says.

According to scientists, Bristlecone pines, which are found in the upper reaches of the White Mountains in California, could be supplanted by the limber pine.

Both limber as well as bristlecone pines are adapted to the temperature and moisture of sub-alpine forests. As the species’ favourite temperatures move up mountains due to climate change, logic says the trees should also follow them upward. However, the study found that limber pines are leapfrogging over bristlecones.

“The (trees) are not just moving in lock step. Species are moving around the landscape in unpredictable ways,” Brian Smithers, an ecologist at the University of California Davis, was quoted by the media as saying. “I think what’s going to happen—at least in some areas—is that we’re going to lose bristlecone. There’s not very much room upslope before you get to the top of the mountain.”

As limber pines pile up above the historic treeline, it is possible they will use up so much light and water that it may impossible for bristlecone pines to join them, according to researchers. This may spell doom for the 4,848-year-old Methuselah.

Above the treeline, temperatures are too cold to support trees, but global warming has shifted the tree line higher up the mountains. As temperatures typically govern where trees grow and live, it would mean that trees such as the bristlecone pine would grow at higher altitudes in future.

To find out whether bristlecone pines’ range was moving upward, researchers determined the treeline by mapping the location of groves of adult trees that were more than three metres tall. They also counted the number of young trees of each species above and below the treeline. It was found that most baby trees at higher altitudes were limber pines. These trees got help from a local bird that munches on and disperses the lumber pines’ seeds. This speeds up how quickly limber pines can colonise new locations.