Around 898 hectares of forest land has been engulfed by forest fire in Uttarakhand with 542 fire incidents reported across the hill state till April 28. Credit: Vikas Choudhary

Forest fire has been raging in Pauri Garhwal district of Uttarakhand for five days now. Srinagar, the largest town in the Garhwal Hills, is the worst affected with fire engulfing different parts of the forest area.

While locals residing in proximity to raging forests complain of inaction on the part of the administration, the forest department and Kalagarh tiger reserve officials admit that their efforts are being hindered by insufficient resources and manpower. According to media reports, the department has admitted that it has limited vehicles and equipment necessary to tackle forest fires.

Locals have been trying to douse the flames themselves in absence of intervention from the authorities. They also complain of difficulty in breathing due to the smoke. District Commissioner Dalip Jawalkar refused to comment on the situation when Down To Earth reached out to him. 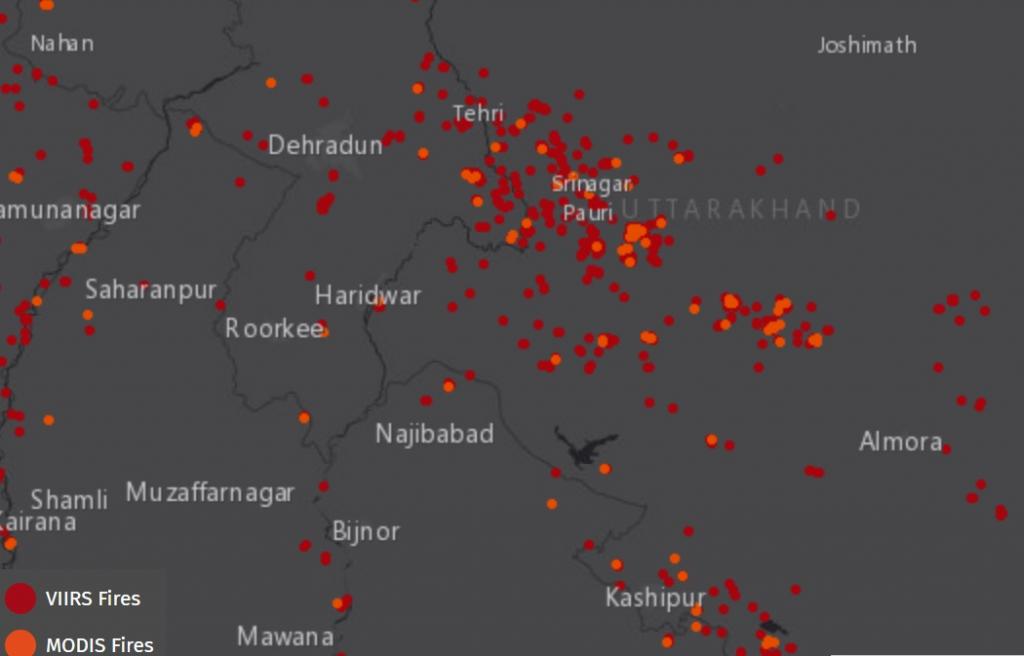 Javalkar has reportedly expressed concern over the consistent rise in forest fire incidents in Pauri district. While addressing media last week, he stressed that the forest department has to take additional efforts and prepare a plan for tackling the problem. He reportedly admitted that efforts made so to tackle the problem have not been sufficient. 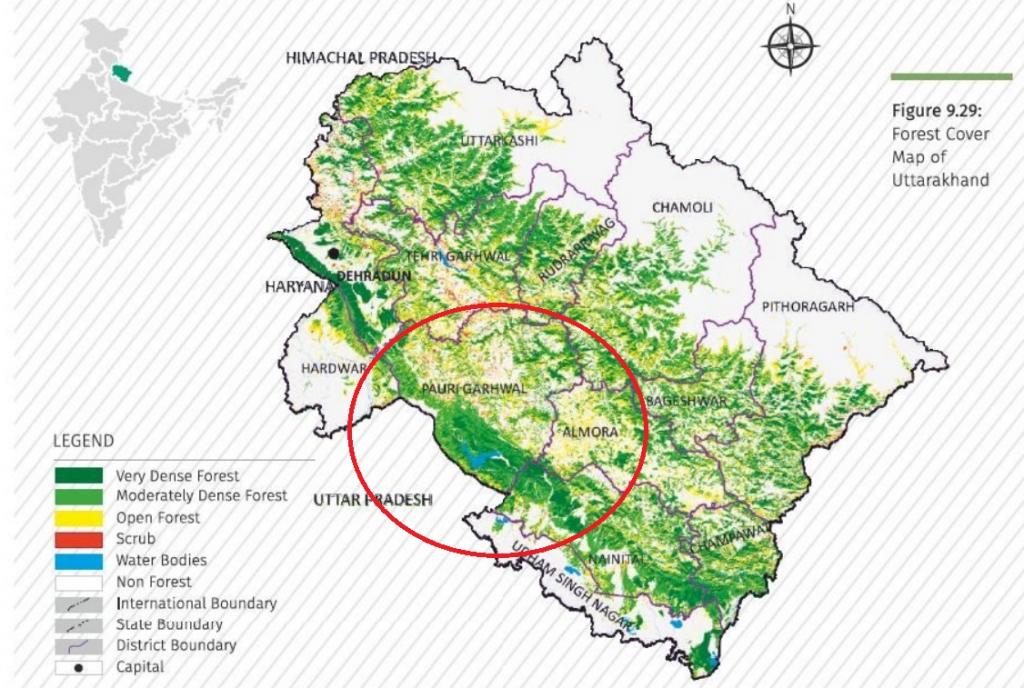 Pauri Garhwal district is home to one of the last remaining stretches of dense forests in Uttarakhand.

According to Global Forest Watch, between May 13 and 20, Pauri Garhwal district has witnessed highest number of fire alerts among all districts in the country. It is followed by Amritsar and Ludhiana districts—both in Punjab—where agricultural stubble burning has seen steady rise over the past three weeks despite awareness campaigns and punitive measures.

The forest fire season in the country is between February and June.