In Brazil’s rainforests, the worst fires are likely still to come 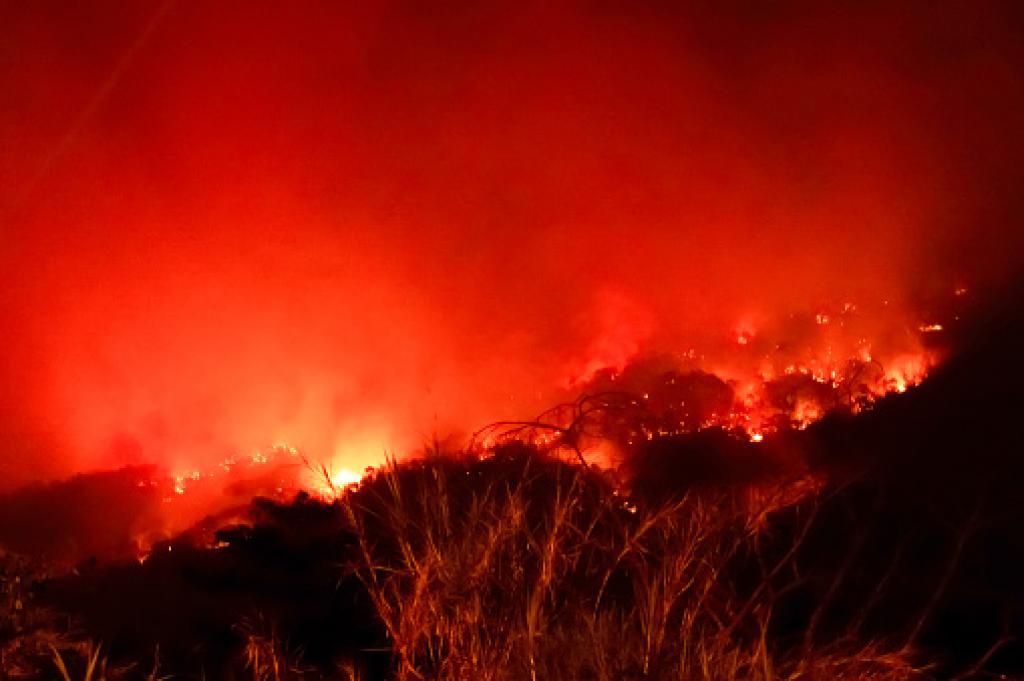 The number of fires this year in the Amazon is the highest since 2010, reaching more than 90,000 active fires. Farmers and ranchers routinely use fires to clear the forest. But this year’s number reflects a worrisome uptick in the rate of deforestation, which had started to drop around 2005 before rebounding earlier this decade.

Many people blame the Brazilian government and its pro-agriculture policies for the current crisis. But as an environmental researcher who has worked in the Amazon for the past 25 years, I can say the seeds were planted before the election of President Jair Bolsonaro in 2018. And the prospects of slowing deforestation remain dim, an issue that matters to people around the world.

That’s in part because the current administration has only aggravated the situation with its anti-environmental agenda. Unless the Brazilian people succeed in making Bolsonaro retreat from his stated goal of developing the Amazon, deforestation will surge again. Adding fuel to the fire is the quickening pace of the Initiative for the Integration of the Regional Infrastructure of South America (IIRSA), a multi-nation plan to build road, dams and rail lines across the Amazon.

Brazil managed to significantly reduce deforestation rates at the turn of the millennium with effective environmental policy and voluntary efforts by the private sector. Deforestation, which started in the 1970s, began climbing again in 2015 due to political turmoil and an economic recession that paved the way to policy reversals.

The Amazonian deforestation rate dropped from about 10,700 square miles in 2004 to 1,765 square miles in 2012, and remained low until its resurgence a few years ago. This was because of effective environmental policy, which in Brazil is mostly based on protected areas, such as national parks, and a forestry code limiting the amount of land that can be cleared on individual properties.

Over the years, the Brazilian government has developed a system of protected areas for ecological protection and indigenous reserves. In 2002 it expanded their coverage to about 43 per cent of the entire Amazon. It also created protected areas in zones of land conflict as a means to tamp down rampant fire and deforestation.

Adding to this, enforcement of the forestry code was enhanced by the development of a satellite monitoring system that enabled Brazil’s environmental protection agency to identify law-breaking property owners from space. In addition to government, the private sector helped lower the rate of deforestation. Soyabean farmers stopped planting new fields in the forest, and retailers demanded that the goods they sold come from lands already cleared so they could certify them as “green,” especially beef.

Unfortunately, these efforts began to unravel almost as soon as they proved themselves effective. The background reason is that many people have long viewed the Amazon as a vast store of valuable resources to be used for the economic development of a poor region. The agenda of IIRSA — an extensive infrastructure-building project launched in 2000 to link the region’s economies and remote areas — expresses this view, common to all nations that share the Amazon Basin. These include, in addition to Brazil, Bolivia, Colombia, Ecuador, Guyana, Peru, Suriname and Venezuela. It should come as no surprise that their individual orientations to the region all reflect a contradiction between economic development on the one hand and conservation on the other.

In Brazil, the government not only creates protected areas, it downsizes them in order to prepare for infrastructure projects. Former President Dilma Rousseff even downsized Amazon National Park in 2012, the first in the Amazon, to make way for the Tapajós Hydroelectric Complex, a key component of the IIRSA plan. The government does not act in a vacuum, and in Brazil a powerful congressional bloc, the rural/mining caucus known as the Ruralistas, works tirelessly at undermining environmental policy.

This has led to revisions in the forestry code, in 2012, that favour agriculture, not the environment, by exempting those who illegally deforested before 2008 from having to reforest in accordance with the law. Continuing Ruralista political action made it easier in 2017 for land grabbers to obtain title to illegally seized lands.

Two images from the same 10 kilometer square area in Brazil reflect how cleared land replaces the forest in the Amazon.

Fears of a tipping point

President Bolsonaro has inherited a set of weakened environmental policies and all indications are that he will continue to weaken them. At the same time, he has acted on his promise to open the Amazon to development by announcing plans to build a bridge across the Amazon River and to extend a paved road all the way to the border with Suriname. The IIRSA agenda appears to be accelerating, and as people flock to the region to take advantage of the jobs it creates, the fires can only get worse.

Since the opening of the Amazon to development in the 1970s, fires have been deliberately set on a yearly basis to make way for fields and pastures and to fertilize soils. The Amazon maintains a moist climate, which limits their extent. Thus, super fires have never raged over hundreds of square miles as happens with wildfires in the US. But this could change due to the cumulative effect of the repeated use of fire.

Research shows that every year when the forest burns, the destructive effect spreads beyond the flames to kill trees and desiccate the landscape. This can make the forest ever more vulnerable to fire through the buildup of flammable materials and the coalescence of fire-scarred ecosystems across broad swaths of the entire basin.

If Brazil does not retreat from the course it is on, scientists warn there will come a time in the near future when Amazonian fires burn without control and push the forest to a point of no return, what some have called a “tipping point” that will permanently change the underlying ecosystem. Without a restoration of environmental policy in Brazil, the worst fires are yet to come.

[ Thanks for reading! We can send you The Conversation’s stories every day in an informative email. Sign up today. ]