Is PM Modi really a ‘Champion of the Earth’?

Even as the United Nations has selected India's PM for this year's award to honour his role in protecting the environment, his regime's environmental track record indicates anything but that 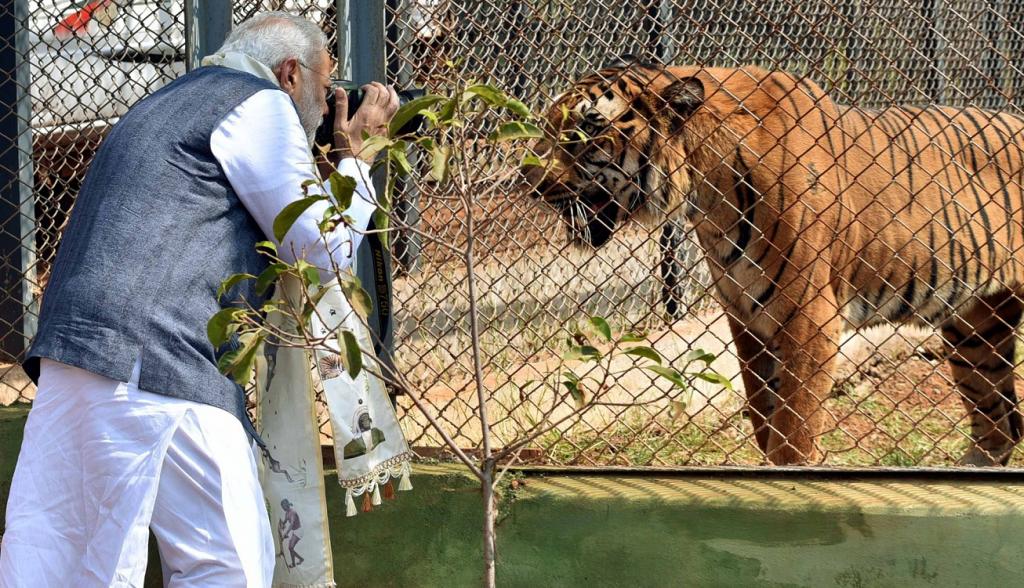 Prime Minister Modi's regime has made the process of granting wildlife clearances easier, paving the way for the entry of private entities into protected areas Credit: Wikimedia Commons

Both have been selected in the "Policy Leadership" category for their pioneering work in championing the International Solar Alliance and promoting new areas of levels of cooperation on environmental action.

However, is the Prime Minister really deserving of such an honour, critics might ask. Throughout his regime of 4 years and 4 months, his ministers have diluted laws without public consultation, undermined institutions and tried everything in their power to make it easier for corporates to exploit natural resources ranging from forests, wildlife, coasts and made the air pollution and waste scenario worse.

In fact, in April-May 2014, at the height of the election campaign, then-candidate Modi had made his views clear about where he intended to take the country were he to become Prime Minister. To quote from a piece written in Down To Earth at the time, “The BJP's guide for environmental management, interestingly, finds mention under the subject 'industry' instead of 'Flora, Fauna and Environment'. The emphasis on framing of environmental laws in a manner that encourages speedy clearances, removal of red tape and bottlenecks, is a sure indicator of diluted scrutiny of development projects at the time of clearance.”

In its first year of governance between August 2014 and April 2015, the Prime Minister’s Office under Modi considered and implemented “a list of 60 urgent action points submitted by the Confederation of Indian Industry, meant to remove hurdles of environment clearances for industry.”

The Modi government’s “dilution spree” of laws pertaining to India’s forests, coasts, wildlife, air and waste has continued this year. In October 2017, the Centre finalised the third National Wildlife Action Plan (2017-31) of India. However, the state of wildlife protection during the Modi regime has been lacklustre. A recent piece in the data news portal IndiaSpend detailed how the regime has made awarding wildlife clearances easier in its more than 4-year stint and how corporate interests now threaten some of India’s last protected wilderness areas.

Ditto for forests and coasts. In March this year, the Union Ministry of Environment, Forest and Climate Change (MoEF&CC) proposed major changes to the draft National Forest Policy (NFP) 2018. The draft has been criticised for favouring corporate interests in the forestry sector.

In April this year, the MoEF&CC made public the draft CRZ notification 2018. Critics say that the draft will open up India’s coasts to industry and help in aiding the government’s ambitious Sagarmala programme.

Also in April, the government unveiled another troubling scheme, the National Clean Air Programme (NCAP), to tackle toxic levels of air pollution across most major Indian cities, as well as rural areas. Experts say that the proposal is a toothless and directionless plan as it sets no targets for reducing pollution from cities.

Besides diluting laws, the government is also weakening institutions.

For instance, the Union Ministry of Tribal Affairs has pointed out that its authority as the nodal agency for the Forest Rights Act (2006), has been diluted by unilateral policy decisions and enactments proposed by the MoEF&CC without any consultation with it.

Last year, the Modi government had disempowered the National Green Tribunal (NGT). The NGT, which was set up by the Congress-led UPA government in 2010 to adjudicate on environmental litigations, was the third such tribunal in the world after Australia and New Zealand. However, instead of empowering the NGT, the Modi government misused the provision of a "money bill” to make changes to the appointment system of judges to the NGT. However, the Supreme Court subsequently stayed the government’s amendment to NGT appointment rules.

India's performance in the world vis-a-vis other nations

The government’s policies have taken their toll. For instance, India stands 177 (out of 180 countries) on the Environmental Performance Index, 2018. In 2016, India was ranked 141 on the same index.

India also has the dubious distinction of having the maximum number of environmental conflicts in the world, with the Environmental Justice Atlas (an international database) recording 271 cases in India in 2017.

Should we really be celebrating the Prime Minister’s selection? Food for thought.