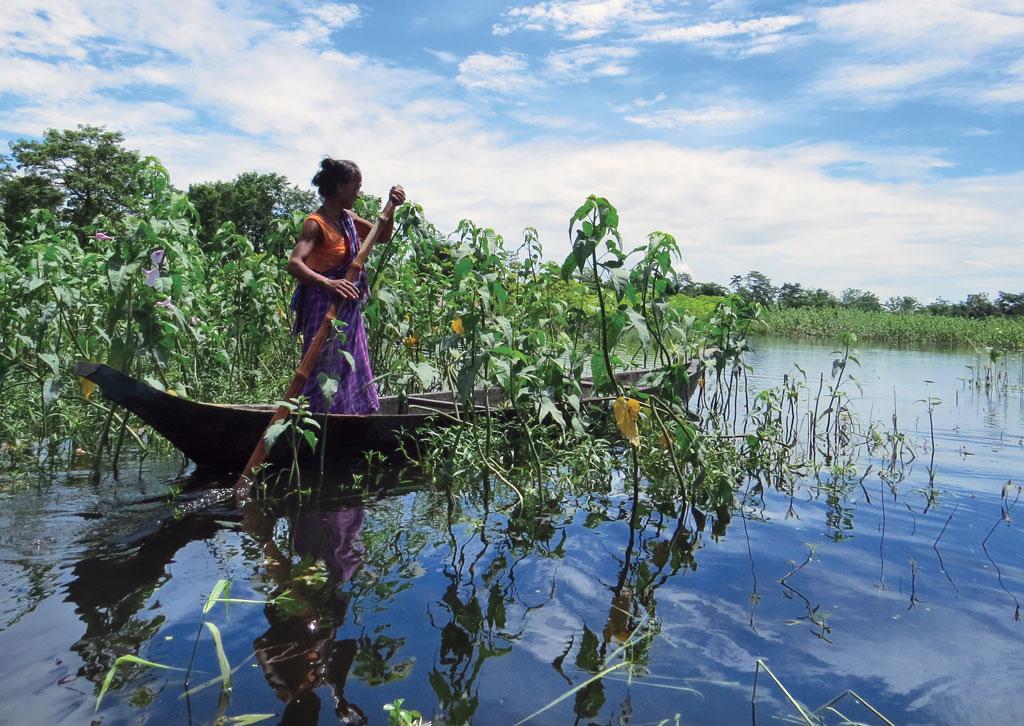 A half an hour drive from Jorhat town in Assam takes you to the sleepy village called Kokilamukh. Nestled on the banks of the mighty Brahmaputra, the village functions as the access point to people living in the middle of the river on sandbars, or saporis as the Assamese call them. A half an hour bhut-bhuti (or crude steamer) ride from the banks of Kokilamukh village leads to one of the biggest sandbars called Aruna sapori. The “riverscape” is punctuated by several sandbars with wild vegetation and foliage, but largely uninhabited. Aruna sapori lies between the mainland and one of the largest river islands in the world, Majuli. 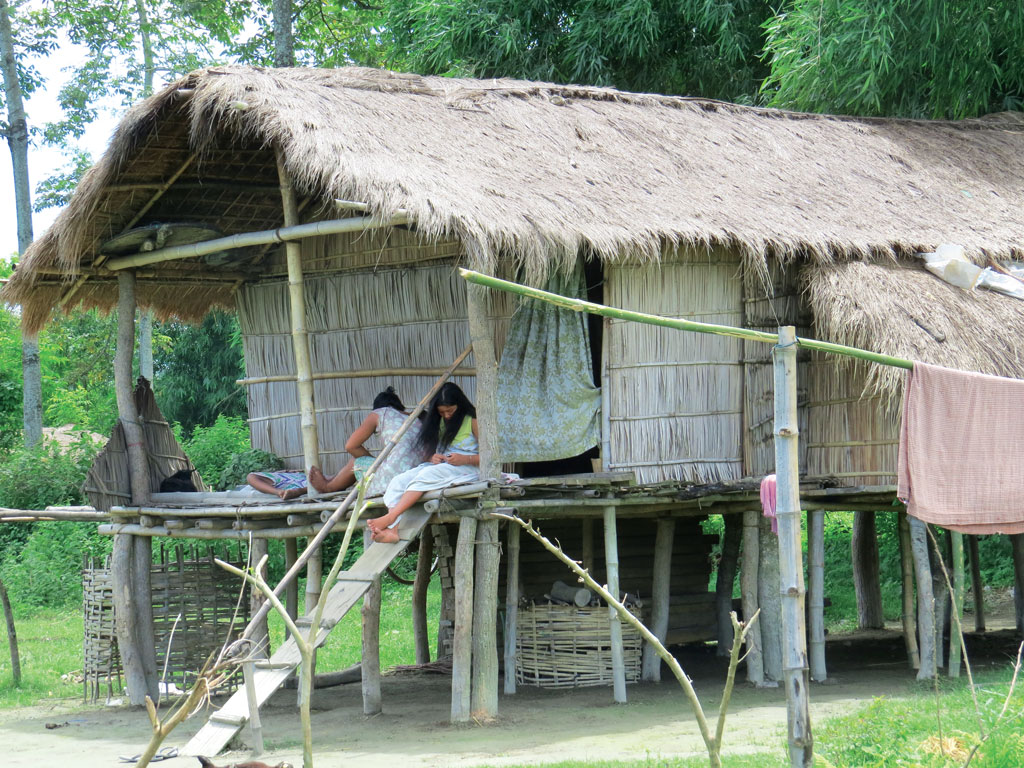 Aruna sapori captured popular imagination of nature lovers and the global media recently because of Mulai Kathoni or Mulai’s Forest. Mulai Kathoni is often regarded as the world’s only human-made forest created by Jadav Payeng, a local resident. Way back in 1979, Payeng started planting trees on this barren sandy land, starting with bamboos. For the last 30 years, he has been planting one sapling every day, and using indigenous methods to create the forest, including releasing red ants into the soil, which he transported from his village to the forest. Ants, along with earthworms and termites, work on the soil, and increase its fertility. Mulai Kathoni today covers an area of 1,000 hectares (ha). The forest now has a wide variety of trees including arjun, teak and bamboo. 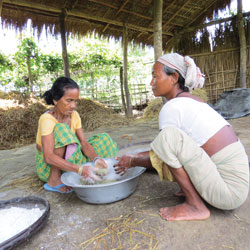 Payeng’s ecological legacy is being carried forward by the Mishing community, a riverine plain tribe of Assam. Belonging to the Indo-Mongoloid family, the Mishing are the second largest group of Scheduled Tribes in Assam. They are also nomadic, setting up their habitations wherever feasible. This search brought the current inhabitants to Aruna sapori in the 1970s. The sandbar was almost barren then, and it is due to Payeng’s efforts that the island now sustains a rich bio-diverse ecology.

The forest hosts rich fauna, which includes a large number of rare migratory birds including pelicans, Himalayan Griffon vulture, Brown roofed turtle, sambar deer, wild pig, pythons and cobras. Even the Royal Bengal Tigers from the neighbouring Kaziranga Wildlife Sanctuary have made Mulai Kathoni their home. Payeng also created a 50-m riverine canal. The canal, which is about 2.13 m deep, serves as a water source for wild animals and cattle. 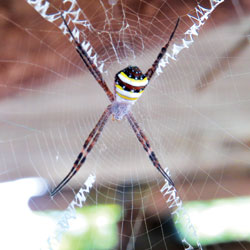 Forest supports a range of flora and fauna

The forest that Payeng created is now a wholesome ecosystem. There are around 600 Mishing families living on the island. They do not stay in one village, but live in clusters called chubas. There are seven chubas located on the edge of Mulai Kathoni. Each chuba comprises 10-12 huts, and they are named after the titles of the local residents.

The Mishings have built their lives around the new forest. So much so, that they live in elevated bamboo huts called saang ghors, which have been adapted to suit the topography of the land and also to protect themselves from floods. Floods, in fact, are a huge threat to the forest, bringing with it a host of problems, including soil erosion. When floods inundate the Kaziranga Wildlife Sanctuary, animals find a refuge in Mulai Kathoni. Floods not only inundate the Mishing settlements, but also bring the threat of epidemics.

The Mishing community conserves the rich forest ecology, despite having little access to basic amenities. There is no access to electricity in Mulai Kathoni, not even a primary healthcare centre. In case of a health emergency, the nearest hospital is in Jorhat, which is half-an-hour by boat and another half-an-hour by road. 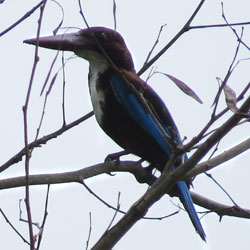 Rare birds in the forest

Mishing’s new home has both advan-tages and disadvantages. In 2008, elephants attacked the villages and destroyed the houses. This prompted many residents, including Payeng, to move to the mainland. Poaching is another threat. In 2013, a rhino was poached at Mulai Kathoni. After this incident, the residents have become more aware of the need to conserve the ecology of the forest. “In 2014, we formed 10 eco-conservation units and 33 search lights were distributed to the residents,” says Palash Goswami of Seven Look, a local non-profit, which is one of the few organisations working with the Mishing community. When poachers attacked last year, they warded them off. They also informed the state Forest Department and mobilised themselves against future attacks.

“There is a threat to rhinos in this forest. Lack of electricity works to our disadvantage and to the advantage of the poachers,” rues Swapan Saikia, divisional forest officer, Jorhat. “If Mulai Kathoni is categorised as a reserved forest, it would help in protecting the forest and the community around it too,” he adds.

In June 2015, the Wildlife Trust of India (WTI) in association with Europäeische Tierschutzstiftung (ETS), Seven Look and the Forest Department of Assam distributed 25 solar lanterns to help villagers. WTI is also planning to install solar street lights later this year after the monsoon. But no one is sure as to how long the Mishing community will continue to stay on Aruna sapori. The powerful Brahmaputra can swallow the forest anytime. Still, the Mishings are putting up a brave face. 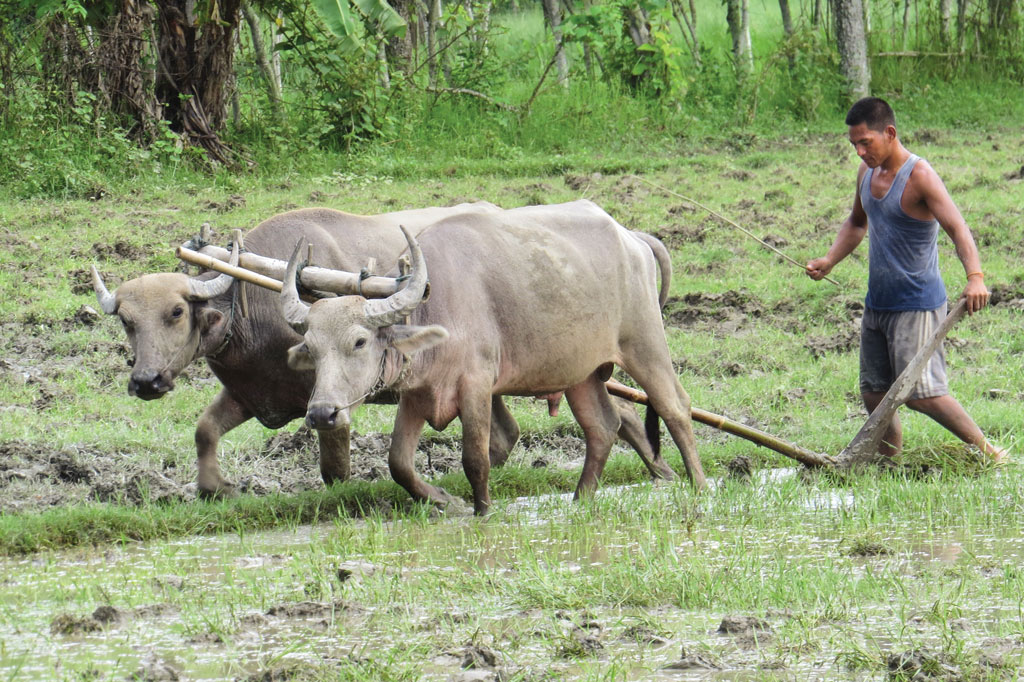 The author is with the School of Arts and Aesthetics, JNU,New Delhi