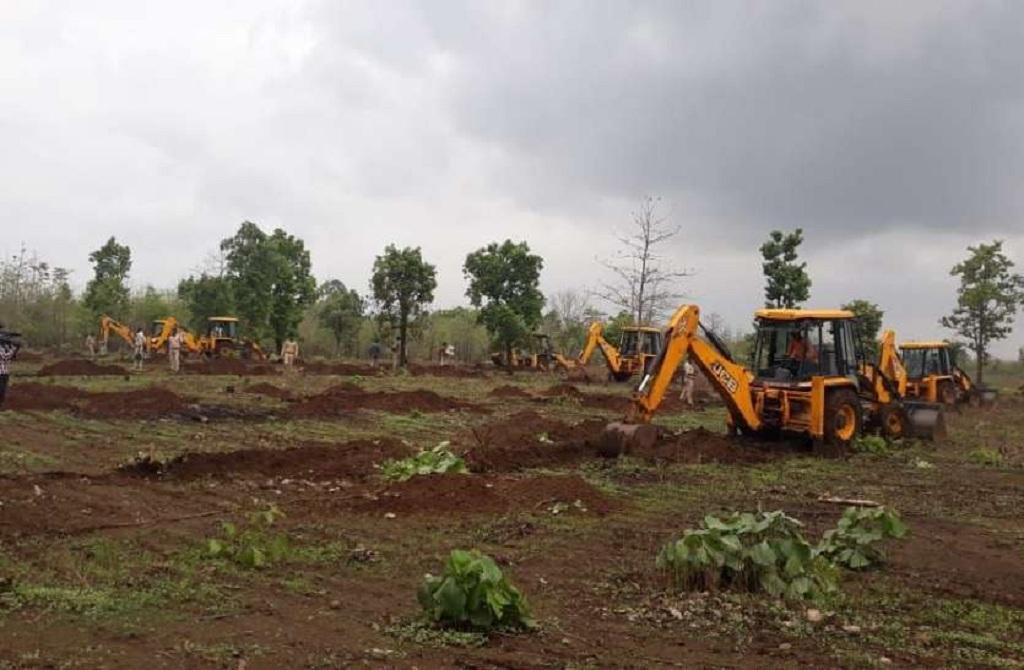 Four people from scheduled tribes were allegedly injured after the Madhya Pradesh Police fired pellets at a group of forest dwellers protesting against an eviction drive in Burhanpur district on July 9, 2019.  Some forest personnel were also allegedly hurt when protestors allegedly pelted stones, according to media reports.

Forest dwellers and activists claim the drive was conducted illegally. According to the Scheduled Tribes and Other Traditional Forest Dwellers (Recognition of Forest Rights) Act, 2006, no action can be taken against forest dwellers till their claims have been heard and decided upon.

On Tuesday morning, police and forest officials had turned up at the forest with earth movers to evict the tribal farmers and dig 150 hectares of land for plantation. Once they were done digging up 60 hectares, the farmers launched a protest raised slogans.

They then attacked the officials, claim the police. The cops then fired pellets in air and injured four people — one was seriously injured after the pellet lodged in his neck and others were received injuries on their chest, feet and hands. The former was taken to a hospital in Indore for treatment.

The police fired twice in the air to maintain law and order in the area and a pellet hit one person who has been admitted in an Indore hospital. The situation is under control now and an inquiry by Byurhanpur Upper collector Romanus Toppo has been ordered, said Rajesh Kaul, district collector.

When asked if the forest land is now encroachment free, Kaul said it was.