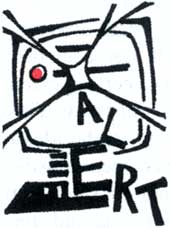 WITH re-emergence of diseases once thought to have been eradicated, concerned us and European health officials are establishing a global early warning network which will keep abreast of all such outbreaks in these regions and also other parts of the world. The network on communicable diseases will first focus on 'food-borne' diseases like hepatitis and also keep a tab on the outbreak of the Escherichia coli bacterium, one of the main culprits which plays havoc with human intestines.

"Relatively small outbreaks of disease often grow into global epidemics because local governments try to cover them up, and doctors in the rest of the world fail to curtail the microbes as they are spread by jetliners and other kinds of modem transportation" said Nancy Carter-Foster, director of the us state department's emerging infectious diseases programme and Georgios Gouvras, head of the European Union's public health policy unit. The network will maintain a list of diseases defined by clinical symptoms rather than by name to make sure that physicians take everything into consideration.

Other governments will also be encouraged to participate with promises of financial aid, in part, to battle epidemics. As Carter-Foster put it, "The diseases know no borders. For diseases, it is truly a one-world village." The World Health Organization rules that governments need to report outbreaks of only three diseases - cholera, plague and yellow fever. Ebola, AIDS or other deadly maladies do not figure in the list. The network would take into consideration these diseases too. Observes Carter-Foster, "We have to learn to adapt and deal with various diseases."