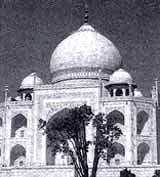 "WE CAN cut coke consumption in foundries by as much as a quarter by using a new technology, but nobody comes to us," says Rama Rao, Director of the Process and Product Development Centre (PPDC) in Agra. He adds, "It will also reduce pollution as the quantity of coke used will then go down." This will be a big boon for the Taj Mahal, which is threatened by pollution from foundries in Agra that mainly make simple castings such as weights.

The new technology consists of a split blast cupola -- a modified furnace used to melt cast iron in foundries. Split blast cupolas were developed several decades ago but they are being promoted as energy savers only now. PPDC, with assistance from the United Nations Development Programme, has modified the technology further.

A modified cupola enables a higher melting rate and a higher temperature of molten cast iron, which reduces the number of defective castings. It costs only Rs 60,000 to modify an existing 900-mm cupola. But Rama Rao disclosed only 22 of an estimated 3,500 foundries in the country have approached PPDC to carry out the modifications.

In Agra, a former president of the local iron foundries association said just 10 of the city's 180 foundries have adopted the new technology. His foundry is one of them and he confirms considerable energy saving. Lack of interest in the technology, he explained, is because foundry owners are unconvinced it will result in substantial savings. They also apprehend labour unrest, although no serious trouble has erupted in foundries using the new technology.

But some foundry owners have realised the need to modernise, especially now that their profit margins have been squeezed by the decontrol of pig iron prices. The threat of losing business to centres that are modernising also exists. Foundry owners and officials of the district industries centre say upgrading technology is possible, but only if the government offers some financial assistance.