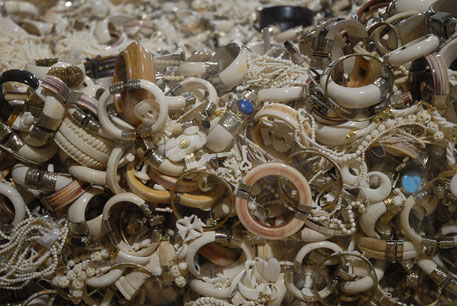 It is a known fact that wildlife smuggling across borders largely takes place by transporting the illegal commodities as freight. But in a recent summit in Bangkok with transport operators, it came to light that those involved in freight operations lack awareness on smuggling tactics.

According to experts, criminal networks have been adopting new ways to smuggle wildlife goods. “When a rhino horn is ground to powder, it is almost impossible to identify the difference between a box of grey chalk and a box of rhino horn powder from a visual check. Facts like these came as a big surprise to participants from the transport industry,” Martin Palmer, an expert in global trade compliance requirements and international transport, told BBC. Educating freight workers responsible for cargo operations—via air, water and land—could go a long way in arresting trafficking.

The United Nations Environment Programme estimates the global illegal wildlife trade to be worth US $23 billion annually. According to the report, “Out of Africa: Mapping the global trade in illicit elephant ivory”, released by Born Free USA last year, almost 230,000 elephants were killed worldwide between 2009 and 2014 for their tusks.

The report also mentions that ivory trade today is at its highest in 25 years, with 2013 witnessing the largest amount of ivory seized in consignments of 500 kg or more. China is the largest market for ivory. Wildlife organisations claim at least 35,000 elephants are killed every year, mainly in Africa.

In 2012, a box full of ivory hidden in a timber stack was seized in Malaysia. Tom Milliken, atrafficking expert with Traffic, an international wildlife trade monitoring network, presented another case at the summit: in 2011, a courier company found ivory bangles in one of its parcels that was in transit from Nigeria to China. In the following weeks, three more such seizures were made which forced the courier service to start screening at source.

Transport industry needs to be alert

The new tactics present a bigger challenge in the fight against trafficking as workers in the transport industry—those who handle consignments first hand—are unaware of how illegal goods can be identified. “You could at least identify raw elephant tusks, but if they are processed into bangles, they could resemble resin bangles,” Palmer says.

The transport industry’s role is more crucial as customs and security authorities at ports and airports also have drugs and human trafficking issues to look after. “One cannot expect that customs could inspect every shipment crossing international borders, given the volume of the cargoes.Also, very few customs authorities around the world have specialised teams that know which species of wildlife are prohibited from international trade,” an official with the World Customs Organizations (WCO), which has 197 countries as its members, told BBC. The UN International Maritime Organization says 90 per cent of the globally traded commodities are shipped internationally. In most cases, sea cargoes are not put under an x-ray scanner, unlike air cargoes.

“The transport industry people know the customer, they know all the trade routes and they handle the goods. If they are aware of that kind of threat, they can tip off the customs authority, which can then act,” says another senior WCO official.