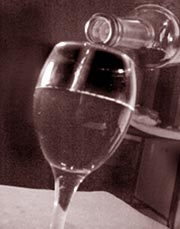 a group of France's most renowned wine producers have issued a warning against the introduction of any genetically modified (gm) vines. The admonition comes against the backdrop of the recent decision by France's national agricultural research institute, Institut National de la Recherche Agronomique (inra), to resume trials of gm vines, which had been halted in 1999 after widespread concern about the use of gm products. The sole non-governmental experiment with gm vines -- by a champagne producer involving the chardonnay variety of grapes -- was halted in 1990.

"We are not reactionaries, since every age has seen changes in wine production, but we are not happy with the use of gm technology because its real environmental impact cannot be determined for maybe up to 50 years or more and then the results could be irreversible," says Michel Boss, spokesperson for Terre et Vin du Monde, which represents 400 of France's top wine producers. Introduction of gm vines, the association claims, would reduce the variety of grapes and alter the unique quality of each wine that has evolved over decades. There is also the risk of gm vines affecting neighbouring grapes -- a risk highlighted by the recent decision of California's wine district, Mendocino, to ban gm organisms.

The association, formed five years ago, includes names such as Chateau Latour and Domaine de la Romanee Conti. It consulted more than 30 experts in gmos and then decided to go public now because of fears that the experimental trials are unlikely to remain limited to pure scientific investigation.

Terre et Vin du Monde worries that the all-important image of their wines risks being damaged by any linkage to the use of gm organisms. Already, the position of French wine is under threat by more aggressive marketing and more modern production methods adopted by newer producers such as Australia.