Study shows compared to those who never ate fruit, daily consumers of fruit cut their overall risk of death by 32 per cent 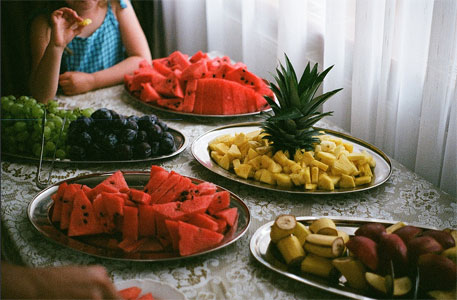 A new study led by scientists at Oxford University reveals that eating fruit on a daily basis reduces the risk of heart- and artery-related diseases by up to 40 per cent. Not just that, it also cuts the overall risk of death by almost one-third in individuals who are at risk.

Half a million people in the China Kadoorie Biobank were part of this health and lifestyle investigation. Their fruit consumption frequency was recorded at the start of the seven-year-long study. Their frequency of consumption ranged between never, one to three days per week, four to six days per week, and daily. The China Kadoorie Biobank is a prospective cohort study established jointly by the University of Oxford's Clinical Trial Service Unit and Epidemiological Studies Unit and the Chinese Academy of Medical Sciences.

The findings of the study, which was presented at The European Society of Cardiology’s annual meeting held in Barcelona, Spain by Huaidong Du, showed the more fruit people ate, the more their risk of cardiovascular diseases (CVD) declined. Eating fruit every day cut the risk of CVD by 25 to 40 per cent.  Du said: "CVD, including ischaemic heart disease (IHD) and stroke, is the leading cause of death worldwide. Improving diet and lifestyle is critical for CVD risk reduction in the general population but the large majority of this evidence has come from western countries and hardly any from China," says a report published by medicalexpress.com.  This is the first large study on the association of fruit with subtypes of stroke in Chinese adults from both rural and urban areas.

The researchers also conducted a parallel analysis which examined the association of fruit consumption with total mortality and CVD mortality in more than 61 000 patients who had CVD or hypertension at baseline. The findings of this research showed that in comparison to those who never ate fruit, daily consumers of fruit cut their overall risk of death by 32 per cent. They also reduced their risks of dying from IHD by 27 per cent and from stroke by around 40 per cent.