Fungal infections stalk the corridors hospitals in the Capital 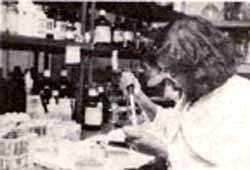 The internal environment of hospitals in Delhi may pose a health threat to patients due to high concentrations of airborne fungi. This was revealed in a recently published report based on a study conducted by the Delhi-based Centre for Biochemical Technology (CBT), a laboratory run by the Council of Scientific and Industrial Research.

The study was conducted between May 1989 to April 1991 by a CBT team consisting of CBT director Sharad V Gangal, head of the aerobiology laboratory, Anand B Singh and research associate Alka Singh. Part of a project funded by the Union ministry of environment and forests (MEF), the study was undertaken in 4 government hospitals in the Capital.

In its study published in Aerobiologica, the European Journal of Aerobiology, the CBT research team reported that several forms of fungi were present in the hospital wards, that the peak period for the fungi concentration was June to September, and that "the spore concentration was much lower in hospital units receiving filtered air, but in naturally ventilated hospitals the concentration was similar to that of outside air".

As fungal spores are connected with allergic diseases and infections, the study raises doubts about the hygienic atmosphere within hospitals. Overall, 124 fungal forms were detected during the tests, the dominant forms being Aspergillus flavus, Aspergillus niger, Aspergillus versicolor, Cladosporium, Fusarium, Alternaria, Penicillium citrinum and Penicillium oxalicum. Says Alka Singh, "This is the first time such a study has been undertaken in India. Earlier, only visual identification was done."

The study found that the concentration of the dominant strains, Cladosporium and Aspergilli/Penicilli, were almost 71 per cent higher than the air outside the hospitals. According to Alka Singh, it is essential that such intrusion is limited through controlled ventilation, particularly in the surgical and burns wards, operation theatres and intensive care units.
This is imperative because the patients who have low immunity levels become vulnerable to mycotic allergies and infections, which might lead to fatal complications, especially in the case of severe burn victims, leukaemia patients and those undergoing organ transplants. But the CBT study found that patients in surgical wards and operation theatres are exposed to high concentrations of fungi.

Although the study results have been passed on to the MEF, no action has been taken. For instance, D C Shah, medical superintendent of Hindu Rao hospital, is totally unaware of the study. He says, "We have asked our physicians to check for fungal infections. But no special drive is possible." K K Aggarwal, president of the New Delhi branch of the Indian Medical Association, differs, "Government hospitals in Delhi definitely pose a health risk for patients." Now, the million dollar question is, who will disinfect the hospitals?