Furore over the koala 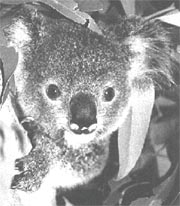 the government in Australia has severely criticised the listing of koalas ( Phascolarctos cinereus ) as a threatened species under the us law, claiming that the move misrepresents the animal's status. According to the Australian government, the us move would hardly boost conservation efforts and would only affect trade in species.

Based on research conducted by the organisation Australians for Animals and the us -based Fund for Animals, the us government has listed koalas as threatened across their entire range. "This is a politically driven extinction because the states and the Federal government simply refuse to protect its habitat," Australians for Animals coordinator Sue Arnold said. Refuting this stance, Australia's environment minister Robert Hill said the embarrassing listing under the us Endangered Species Act was unnecessary, inappropriate and ignored available data on koala numbers.