People say forest management is their right in CFR villages 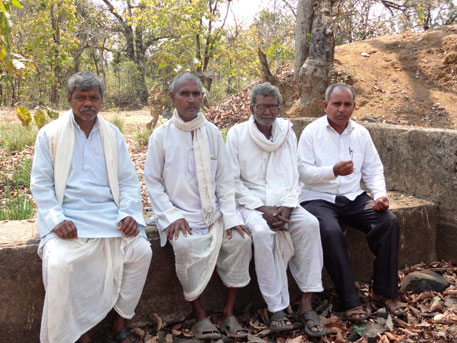 A conflict has arisen between the forest department and residents of villages in Maharashtra’s Gadchiroli district over the former's forest working plans. The residents are upset with the officials' plans to fell trees in forests over which they have community forest rights (CFR).

Under CFR, communities have the right to make their own micro-plans and take decisions regarding what to fell and what to preserve. The forest department’s large-scale felling will destroy their forests forever, say people. Meanwhile, the forest department is sticking to its old logic that people have rights only over 33 minor forest produces (MFPs) under CFR.
The problem started in mid-March this year when the forest department initiated felling of 458 hectares (ha) of CFR forest in compartment number 110 of village Shankarpur in Wadsa tehsil. People were taken aback when felling began, says Vinayak Wadhade, sarpanch and FRA committee president. “We were not taken into confidence in the decision-making and did not know when the marking for felling was done and by whom,” he says.

When the news reached Adarsh Reddy, deputy commissioner of forests, Wadsa range, he summoned the FRA committee president and secretary to his office for discussions. But instead of sending their village representatives, the gram sabha drew a resolution opposing the felling operations. They later submitted the resolution to the department.

“Since my childhood, the people of my village have been trying to plant trees to revive the forest,” says elderly Kewalram Tondre. “But the plantation is never as successful as a natural forest that regenerates on its own. The forest department wants to fell most of our forest. If it is lost once, we will never be able to regenerate it.”

The 60 varieties of trees in the forest provide the 1,500-odd residents of Shankarpur—a mixed group of tribal and non-tribal people—with fuel, MFP and fruits. “Under nistaar (forest produce meant for direct consumption of people), we also harvest wood for domestic and farm needs,” says Subhan Sauji Kumre, secretary, FRA committee. “If the department fells the trees, all this income will be gone.” 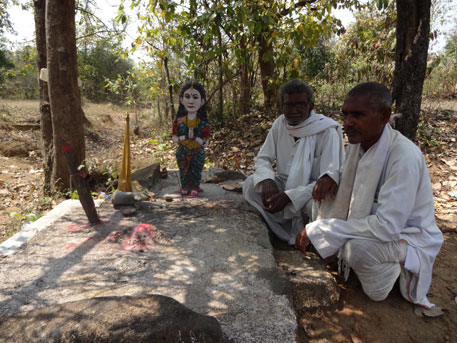 Tondre says that coupe felling, the method the department has adopted in felling forests, is wrong. “It saws off the tree, leaving the stump flat. Water collects on the stump during rains destroying the tree altogether,” he says. “The correct way to fell is with an axe, tapering the trunk up to a pencil-point like shape. That way water does not accumulate, and the tree regenerates the next year.” However, he said, the forest department work is on such a large-scale that these traditional precautions are not taken and the felled forests never revive.

When contacted, deputy commissioner Reddy said there is no need to take the village into confidence while making or implementing the working plan because under CFR people of villages are only entitled to MFP. Reminded that CFR also confers ownership and management rights and that the state Union Ministry of Environment and Forests (MoEF) is currently revising all the CFR claims in the district to include these rights, he said the department will talk to people.

Most villages do not want felling

Keshav Gurnule of Srishti, a non-profit based in Wadsa that has facilitated CFR claims in villages in the area, says a lot of villages in the vicinity are opposed to the forest department’s coupe felling. Following the Shankarpur incident, Erandi, Tembli and Chipri villages have also put a stop to coupe felling. In Erandi, people have seized felled timber. It is now under gram sabha’s custody. All the villages are planning to issue gram sabha resolutions similar to those issued by Shankarpur, he says.

“Villages have watched helplessly for decades as the forest department carried out coupe felling,” he says. “But now that people have CFR rights, they do not want any more felling. The forest department is raising a hue and cry over declining forest cover, but they also refuse to stop unsustainable coupe felling which is the number one threat to forests.”

Till date, about 450,000 ha forestland has been given to gram sabhas under CFR in the district. If all villages refuse to allow the forest department to fell their forests, it could result in substantial reduction in the department’s revenue, sources in the department say.

Document: Letter from Jairam Ramesh to Prithviraj Chavan, Chief Minister of Maharashtra on the subject of access to and collection of bamboo