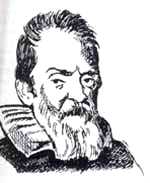 THREE-and-a-half centuries after the rest of the world, the Catholic church has finally discovered the sun does not revolve around it, or even around the earth. The result is the rehabilitation of Pisan astronomer and pioneer of modern physical science Galileo Galilei by Pope John Paul on November 1, in a special ceremony in Rome.
In 1632, when Galileo said the earth orbited the sun, the Church creaked in fury for the new theory put paid to its own doctrine that the earth was fixed. Galileo trod on several more holy toes when he tried to explain the inconsistency of certain biblical texts in the light of his theory. The Inquisition swooped down on him, threatening him with torture unless he abjured his heresies, to which he assented.
More than a century later, in 1757, despite science acknowledging the truth of Galileo's prognosis, the Vatican remained as rigid as it claimed the earth to be, and banned the scientist's books. In fact, Galileo remained a bad word in Rome till 1979, when the Pope announced a commission to study the scientist's rehabilitation. Thirteen years later, Rome's doors have opened at last to admit Galileo Galilei.