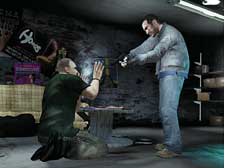 The video gaming industry must do more to protect minors from unsuitable material and cooperate better with national authorities in the eu, the European Commission said after conducting a survey of measures taken at national level designed to shield children from violent video games.

After the school massacre of eight children in Finland last November, some eu countries banned violent video games, when it emerged that the killer,18-year-old Pekka-Eric Auvinen, had been an avid gamer. Authorities across Europe, including the Commission, have been trying to create one single rating system for video games since 2003, but with limited success.

The Commissions survey found that 20 of the 27 eu countries now apply the pegi (pan-European games information) age-rating system developed by the gaming industry in 2003. The labels, warn of violence or bad language. Industry must invest more to update pegi so that it becomes an effective pan-European tool, the Commission said.