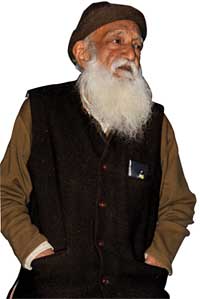 ENVIRONMENTALIST G D Agarwal has managed to stall the controversial Loharinag Pala power project coming up speedily on the Bhagirathi, a tributary of the Ganga. On February 20, the Ministry of Power assured him work on the dam would be suspended immediately. Following this, Agarwal who was into the 37th day of his hunger strike, broke his fast.

This was the second time Agarwal, former member secretary of the Central Pollution Control Board, went on a hunger strike demanding a ban on hydropower projects on the crucial 125 km stretch of the Ganga between Uttarkashi and Gangotri and to allow the river to flow naturally (see 'Myth of power', Down To Earth, September 1-15, 2008).

In June 2008, he had called off his nine-day fast after the Uttarakhand government suspended work on two hydropower projects at Pala Maneri and Bhairon Ghati, upstream of Uttarkashi district. However, work on the Loharinag-Pala hydropower project, being executed by the National Thermal Power Corporation in Uttarakashi, did not stop. Agarwal resumed his hunger strike on January 14.

To pacify him, the Union power ministry sent him a letter on February 5 promising to keep a minimum flow of 16 cubic metre per second (cumecs) at the Loharinag-Pala dam site during the lean season in winter. The ministry assured no other project would come up on the Bhagirathi.

"I broke my annshan (fast). But now, I have realized where the commitments of your ministry lie," said Agarwal. He was referring to the report of the expert committee, set up by the ministry, which said only four cumecs water flow can be maintained at the site once the dam comes up.

"I doubt the power ministry's credibility and do not plan to enter into any contact or communication with it until all work on Loharinag Pala has been completely stopped," the environmentalist said.


The Centre has notified the Ganga River Basin Authority, which will be responsible for comprehensive management of the Ganga river basin. It will be headed by the prime minister. The authority will have chief ministers of the five Ganga basin states--Uttarakhand, Uttar Pradesh, Bihar, Jharkhand and West Bengal--on board. The ministers of water resources, environment and forests, finance, urban development and science and technology will also be members.

"The body will see that development requirements (such as construction of hydropower projects) are met in a sustainable manner while ensuring ecological flows," said a press release issued by the prime minister's office (pmo) on February 17. The body will not be a separate additional clearance mechanism. Rather, it will develop a management plan for the river basin and address pollution abatement measures by ensuring adequate ecological flow in the river. Specific interventions for sewage treatment have also been planned.

Environmentalists have been quick to criticize the notification. "The term 'ecological flow' is tricky," said Pavitra Kumar, a close associate of Agarwal. "Ecological flow means maintaining adequate water flow in the river just for its ecological health. The authority should have used the term 'environmental flow' which also accounts for human needs such as groundwater recharge potential of the river," said Kumar.

Others said the notification is just another political ploy. "Announcement to set up a new authority ahead of the elections is merely a move to prevent the (opposition) Bharatiya Janta Party from cashing in on the Ganga controversy," said Vimal Bhai, head of Matu People's Organization, an environmental group active in Uttarakhand. The matter will be dragged on till the elections and then forgotten because even the Congress is not against the dams, Vimal Bhai said.