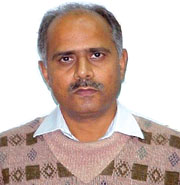 AFTER the government dumped its plan to rope in international consultants, seven IITs have come together to prepare a strategy to revive the Ganga.

A first of its kind for a river in India, the plan will concentrate on the entire basin to ensure quality and quantity flow in the river.

The IITs are given a deadline of 18 months and promised a grant of Rs 16 crore to prepare the Ganga River Basin Management Plan. They are likely to get cracking in mid-July.

In February, the Union environment and forests ministry had zeroed in on a consortium led by international consultancy firm Tetra Tech in collaboration with Integrated Natural Resource Management Consultants, a company formed by engineers from IIT Delhi. The ministry then changed its mind. At a conference at IIT Mumbai in March, environment minister Jairam Ramesh asked the technical institutes to take up the challenge. The institutes put together a core team, with IIT Kanpur as the coordinating agency. On May 1, the team submitted the proposal for the plan to the ministry.

“There is a lot of in-house expertise and if need be we will invite international consultants. But it is highly unlikely,” said mission coordinator Vinod Tare of IIT Kanpur. “Do not forget that this will build capacity; several MTech and PhD students in India will gain experience of working on the scale of a river basin.”

The Ganga being a trans-boundary river, the flow data for its basin is not in the public domain, hence involving an international consortium raised security apprehensions. Tare said involving IITs will also mean more money for creating infrastructure such as a permanent data centre. No honorarium will be paid to the faculty members. In case of consultants Rs 12 crore of the assigned Rs 16 crore would have been spent on salaries, he added.

A basin to consider

Tare’s team has broken the exercise of preparing the plan into eight thematic groups, each including faculty members from IITs and other institutions with knowledge in that field (see: Thematic groups). Each group will look into different aspects such as pollutant load, river flows, biodiversity and socio-cultural aspects.

“Usually, the engineering community has a single-track approach to finding solutions. I was surprised the proposal was inter-disciplinary and holistic,” said Jayanta Bandyopadhyay, professor at the Centre for Development and Environmental Policy, IIM Calcutta.

Reports from the thematic groups will be compiled to prepare the final plan. The plan will be submitted to the National Ganga River Basin Authority, headed by the prime minister and including chief ministers of states through which the river flows. One of the primary objectives of the mission is that the river must not be seen as a carrier of waste, said Ravi Chopra, a member of the authority.

Previous action plans have not been successful in stopping discharge of sewage into the river. The government recently established the goal that by 2020 no untreated sewage will be discharged in the Ganga. Tare went a step further and proposed, “There should be no discharge at all, treated or untreated, since the mandate would be to reuse wastewater in the Ganga basin.”

One worry is that generating hydrological- geomorphological-ecological data will not be easy for the teams. Since the mission is to be completed in 18 months, there is little option but to develop the plan primarily on secondary data. “We will have to make do with what we have,” said Tare.

The IIT teams will look into eight aspects