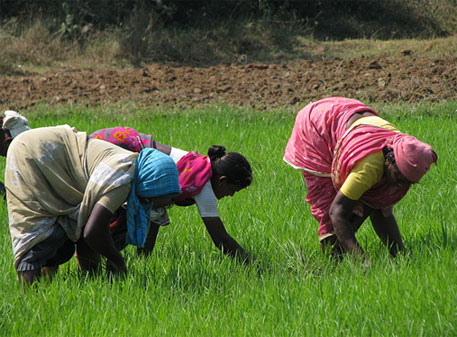 Instead of GDP-driven economic performance, the report prioritises the inclusive wealth index which measures all assets from which human well-being is derived, including manufactured, human and natural capital.

The report says that in recent decades, GDP-driven economic performance has only harmed inclusive wealth like human capital and natural capital like forests, land and water.

According to the report, the world’s human capital, which stands at 57 per cent of total inclusive wealth, grew by only 8 per cent in the last two decades.

The report also states that natural capital, which is 23 per cent of total inclusive wealth, declined by 30 per cent worldwide in the last two decades.

Researchers collected data from 140 countries for the period from 1992 and 2010 for the report. The first IWR was released in 2012 and had data from 20 countries. It focused on natural capital whereas the current report focuses on both, natural as well as human capital.

The current report has some interesting findings. It says that the more we grew in terms of GDP, the more depreciation of inclusive wealth took place in the given period.

Anantha Duraiappah, one of the authors of the report, said,  “It is a key educational resource that can be used by students of both economics and sustainability science to understand human development and economic growth of countries and their inter-linkages through trade and environmental pressure such as climate change.”

The report recommends that countries reorient their economic policy planning and evaluation away from targetting GDP and incorporate inclusive wealth accounting as part of a sustainable development agenda.