Companies are making the transition towards efficient and cleaner production methods 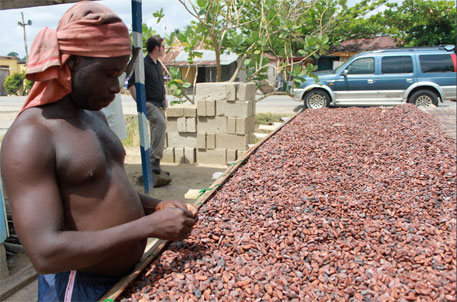 A United Nations Environment Programme (UNEP) report says that there is a need for a sustainable cocoa industry in Ghana, the world’s second largest exporter. The country employs over 800,000 smallholder farmers in the cocoa industry, which contributed to 14 per cent of the country’s gross domestic product (GDP) in 2011.

For achieving sustainability in the industry, efficient and cleaner production methods are a must, the reports adds. Many Ghana-based companies are making the transition and one such company is Niche Cocoa Industry Ltd based in Tema, a city in Ghana. It is a private cocoa processing company established in May 2011.

As part of the programme, Niche’s workers were trained in low-waste production technology which ensures efficient use of water, energy and raw materials to improve production.

In its fourth year of operation, Niche has almost doubled its capacity, producing over 40,000 metric tonnes of cocoa products per annum and has 350 full-time workers.

“Our efforts in recent years to improve the company’s efficiency levels and reduce waste along the production line have reduced the cost of our operations, and thereby, increased our profitability and competitiveness, both nationally and internationally,” Paul Ayeh, Niche general manager, said.

In most cocoa-producing households in Ghana, cocoa accounts for over 67 per cent of household income, according to a Food and Agriculture Organization (FAO) report.

Research has also shown that poverty reduction among cocoa farmers is clear. Surveys conducted in 1991, 1999 and 2005 indicate a reduction in poverty levels among cocoa-producing households from 60.1 per cent in the 90s to 23.9 per cent in 2005, according to the report.

The sudden decrease in poverty levels for cocoa producers coincides with a period of favourable cocoa prices, yields, and production.

About 90 per cent of cocoa in Ghana is grown on small farms of 2-3 hectares. The country previously cultivated the “Amazons” and “Amelonado” cocoa varieties, although hybrid varieties, which outperform the older varieties, were introduced in 1984 by the government, the FAO report adds.

By 2002, 57 per cent of farmers from the three main areas of production were cultivating hybrid varieties. Hybrid varieties not only produce more fruits per pod, but also bear fruits earlier (in three instead of five years) in comparison to older varieties.

However, hybrid varieties also need more care. They have the highest output in the presence of optimal weather conditions, besides the application of additional farming practices such as fertilizer application, pruning and spraying of pesticides.